IDF commanders and their subordinates will learn the lesson after Lt. Col. Shalom Eisner’s act – they’ll check for any subversive cameras before going on to do what is unexceptional in the Wild East

The only excessive stupidity of which deputy brigade commander Lt. Col. Shalom Eisner can be accused is hitting a young blond man in front of a camera. Other commanders and their subordinates will learn the lesson. They’ll check for any subversive cameras before going on to do what is unexceptional in the Wild East. They will beat up Palestinians, in the main, as well as anti-occupation activists – by rifle butt, by boot or simply by fist. Soldiers who beat up Palestinians are not generally filmed, and the (few ) written reports that exist are easily dismissed as lies and propaganda, are forgotten immediately or merely go unread.

How well oiled the mechanism for denial is, which represses Israeli violence. Beatings were and are an integral part of our hostile domination over the Palestinians. True, not all soldiers hit, but the ones who don’t hit rarely intervene when their fellow soldiers do, and remain silent. In the age of separation, when there is less friction than in the past between Israeli soldiers and Palestinians, and even the checkpoints and their internal cages are operated by remote control, opportunities to deliver a slap here or a kick there have declined. Unarmed protesters are at greater risk these days of being injured or even killed by a tear gas grenade or a rubber-tipped bullet than by a rifle butt to the face.

But it’s enough to listen to Palestinian children and teenagers describe their arrest under the cover of darkness to realize the extent to which soldiers add their own touch to a job that is violent by definition. They don’t stop at using handcuffs and blindfolds on these boys, but also throw them onto the floor of the jeep and kick and hit them in the course of the trip. And we haven’t even mentioned testimonies from Hebron and the nonphysical abuse committed by engineers, government officials and soldiers, such as when they forbid Palestinians from tapping into the pipes of Israeli water company Mekorot that pass through their land, at the expense of the natural spring their parents used. In fact there is no moment in our military regime that is not violent, there is not even a tiny scrap of land that is not defined by violence. Everything has been, is and will continue to be documented, and the majority of Israelis will go on not wanting to know.

The right is correct. Eisner has become a scapegoat, the low-ranking soldier who always gets blamed – but, this time, one with two oak-leaf clusters on his epaulet. Perhaps his professional guild hastened to condemn him in an effort to maintain its respectable, nonpartisan image, for the sake of its economic and political career. On the other hand, it often happens that having an act of violence on one’s military resume is not a bar to promotion. So why all the fuss? The answer is simple. Part of the guild’s role is to conceal the fundamental, planned, integral violence that is part and parcel of its deployment in the occupied territory. This concealment makes the violence an undisputed norm.

The guild is correct. The foreign activists caused a provocation. Unlike the Israelis, who live light-years from the Jordan Valley, these foreigners know that this enormous portion of the West Bank (constituting 28 percent of its territory ) is out of bounds to most Palestinians – a result of a violent and very-much-not-impulsive Israeli policy. Most of the valley is blocked to Palestinians for residential, agricultural, animal-grazing and industrial purposes. Imagine what would happen were Palestinians to insist on entering the region in order to hike and picnic there! Due to the de facto prohibition it would immediately become a locus of protest (in other words, a provocation and a danger to our innocent soldiers ) like Bil’in, Kafr Qaddum and al-Nabi Saleh.

But not to worry. The guild will get rid of Eisner and continue to carry out its appointed mission – keeping the Jordan Valley Palestinian-free. 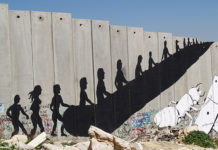 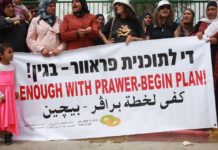 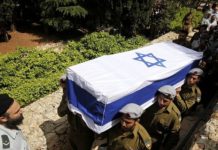