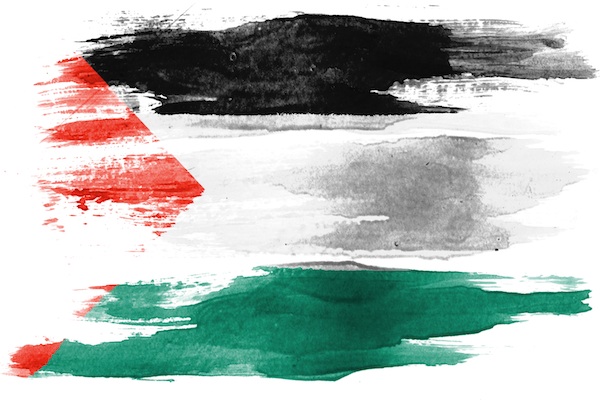 Israeli policy conveys that there is no Palestine, only two chunks of land divided by people, politics and culture. Some international actors and many Israelis are convinced. Are Palestinians?

In an effort to revive the moribund peace talks between Israel and the Palestinians, Secretary of State John Kerry announced a plan on Sunday to invest as much as $4 billion to develop the economy of the West Bank.

And further down in the article:

The idea would be to give the Palestinians an incentive to negotiate and to ensure that a Palestinian state in the West Bank would be viable.

There’s one problem: the word ‘Gaza’ is missing. Its absence psychologically deletes 1.7 million people who make up nearly 40 percent of the Palestinian population in Israel/Palestine and probably a greater portion of the perceived political problem in the region.

Yet it wasn’t Kerry who deleted Gaza. Although he used the term “Palestinian Authority,” which at present rules only over the West Bank, he probably did so because American policy precludes reference to “Palestine” or a Palestinian state. But he clearly had both regions in mind: he spoke of investment in the Palestinian economy (full text here), saying:

Ultimately, as the investment climate in the West Bank and Gaza improves, so will the potential for a financial self-sufficient Palestinian Authority that will not have to rely as much on foreign aid.

And he ended his speech calling to improve lives on both sides and citing as an example, “the little girls that I saw playing in rubble in Gaza.”

Yet something was lost in the in rendition provided by multiple news outlets. Palestine became the West Bank. Who deleted Gaza?

Apologies for the predictable answer. When piecing together seemingly irreconcilable aspects of the previous Netanyahu government’s policy, a picture becomes clear: talk the two-state talk to satisfy key allies, while ensuring that the Palestinian people and land are irreparably fragmented to the point where no one is capable of imagining them as a state, even Palestinians themselves.

Selling the message of separation

As part of that larger goal, I submit that there was a highly conscious effort during Netanyahu’s second (previous) term to sever Gaza from the West Bank conceptually, beyond the physical separation imposed by political geography. Three target audiences can be discerned for the message that there are only two lumps of land called Gaza and the West Bank but no Palestine: Israelis, the international community, and no less important, the Palestinians themselves. At least for this one specific mission, Israel surely remembered to take them into account.

Re-reading Netanyahu’s previous term, the first part of the equation – talking the two-state talk – is clear. Given that Washington and European allies view two-states as the only game in town, he grudgingly accepted the notion in the “Bar Ilan speech” early in his term; similarly, endless haggling over re-starting negotiations supposedly conveyed his commitment to the goal.

Yet there is evidence to back the accusation that Netanyahu proposed negotiations primarily for the sake of extending them. He created untenable pre-conditions such as demanding that Palestinians recognize Israel as a Jewish state, and perpetuated the old Labor Party trick of continuing to build, grab and institutionalize the settlements. Imagine throwing acid on the Palestinian-“controlled” areas (circumscribed by Israeli military sovereignty), which probably look like anomalies, warts and blemishes on ancient Israeli land to Netanyahu, and watching them shrink. He cut roads and planned development through the body of the West Bank, winked at rogue hilltop expansion and bogged down its prevention in bureaucracy. All the while, his government did everything to discredit the Palestinian Authority, who fulfilled the real requirement for negotiations – namely, security.

Netanyahu doesn’t get all the credit. When it comes to implementing policies conveying Israel’s support for a two-state peace agreement while the results are the opposite, the master is Ariel Sharon. In this view, dismantling settlements in Gaza set the unified Palestinian entity on a course of destruction and sent the peace process into a jar of “formaldehyde,” even as Israelis and many outsiders viewed the move as an unprecedented concession. And Sharon, as argued here  (I have heard this echoed by other mainstream policy figures in Israel), fully intended that.

The stake through the heart of the idea of a Palestinian state is the conceptual and physical severance of Gaza. Seen in this way, much becomes clear:

In hindsight, the idea that Israel’s blockade following Hamas’ rise to power would cause Palestinians to rebel and depose the Hamas leadership seems like a laughable prospect. Instead, then-Prime Minister Olmert’s goal, likely inspired by Sharon, was probably to ensure permanent surgical separation of Gaza from the West Bank in every way.

The lockdown of Gaza’s borders cultivated a radically different economy. The West Bank experienced growth, Gaza festered or sank deeper into the tunnel- and donor-driven market. Netanyahu stuck out the counterproductive policy for four more years after taking office despite few tangible benefits. Why, if not to deepen de facto separation?

Waging war against Gaza, not Palestine

Gaza’s isolation and authoritarian rule led to a different cultural environment from the West Bank in terms of political freedoms, religious and social norms.

Israeli policy gave an excuse for militant groups to fire rockets, which gave Israel the excuse to conduct wars, not against the Palestinians, but “against Gaza.” The most recent war gave Hamas the excuse to claim victory, deepening the bitter political division within Palestinian leadership.

Netanyahu probably hoped that Palestinians themselves would stop viewing each other as a unified people destined for statehood.

International audiences often unwittingly perpetuated the notion that that the West Bank and Gaza are distinct and discrete entities. The blockade drove global efforts to ‘free Gaza,’ not Palestine. Activists fell for it; the elaborate and controversial flotilla initiative of 2010 focused unprecedented global attention on the plight of Gaza. Not Palestinians.

The news coverage of Kerry’s speech cited earlier is a worrying sign that the change in global perception is nearly complete. Local activists sent letters to the editor about it, but as far as I know, none were published and no mistake was acknowledged. Gisha, the Israeli civil society organization dealing with freedom of movement for Gazans, pointed out the problem in an article at the Daily Beast.

Israelis dutifully embraced the principle. Naftali Bennett became a refreshingly honest voice for the prime minister’s deceptions, when during the election campaign in late 2012, he revealed explicit plans to do what Netanyahu was already doing on the ground. It also turned out to be smart for stealing Netanyahu’s votes. Page 2 of Bennett’s master plan to solve the conflict reads:

Point 6. The separation of gaza [sic] from West Bank. …We must recognize that there is no connection between Gaza and Judea and Samaria…Gaza is already becoming closer to, and more dependent on, Egypt. This process is ongoing and Gaza is not our responsibility…Now the burden is being passed to Egypt.

Members of Netanyahu’s party find this a grand idea. At a conference in mid-June at Tel Aviv University marking 20 years since the Oslo accords, Likud Deputy Transportation Minister Tzipi Hotovely unveiled a right-wing version of one state, through annexing the West Bank. When pressed about Gaza she responded simply that it would come under Egyptian control.

Will the strategy work? I think the key is the Palestinians, because I have observed in other conflicts how the identity of a tiny, politically weak and divided people can defy the wishes of a far more powerful sovereign state. So, will Palestinian national identity ever go gentle into that good night?

For a hint, consider the victory of Mohammad Assaf a few days ago in the Arab Idolreality song contest. My exuberant Palestinian friend and co-director of IPCRIRiman Barakat, from East Jerusalem, wrote this on her personal Facebook wall.

Lest there be any doubt about the perceived political importance of this event, she continued:

This great happiness has never been experienced before by the Palestinian people. As far as I remember, the last time Palestinians were cheering in the streets [was] upon the return of the late Yasser Arafat to Gaza in 1994 after 27 years of exile. This great happiness today does bespeak the thirst of the Palestinian people for an idol, a source of pride and victory… We ought to all work hard to be stars, stars in science, art, politics, philosophy, academia, sports; achievement and hard work are what make the true essence of nationhood. Let us leave slogans behind, and instead focus on doing.

If the promise of her joy pans out, it wouldn’t be the first Israeli policy that was ill-conceived, and ill-fated. 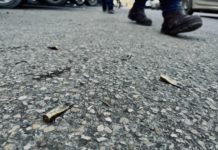 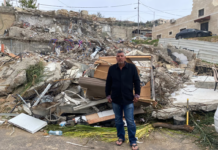 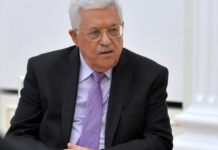