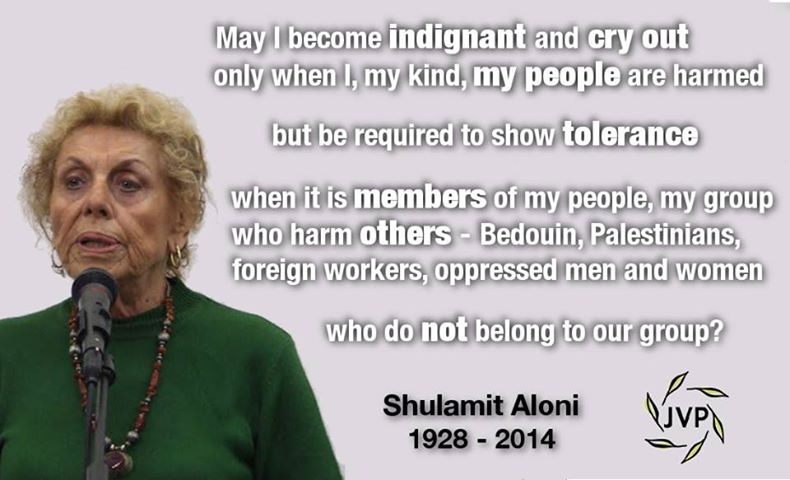 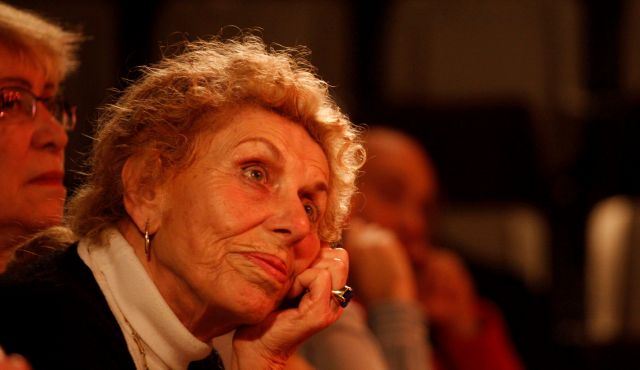 Shulamit Aloni, a longtime left-wing Israeli minister and Parliament member who was an early champion of civil liberties, challenger of religious hegemony and outspoken opponent of Israel’s occupation of the Palestinian territories, died Friday at her home in Kfar Shmaryahu, a Tel Aviv suburb. She was 86.

One of her sons, Nimrod, said she had not been seriously ill, “just very old.”

Mrs. Aloni, an elected lawmaker for 28 years, was the author of six books, including one of Israel’s earliest texts on civics. She was awarded the prestigious Israel Prize in 2000 “for her struggle to right injustices and for raising the standard of equality.”

In 2008, at age 80, she published  “Israel: Democracy or Ethnocracy?” a harsh assessment of her homeland. She wrote on the cover, “The state is returning to the ghetto, to Orthodox Judaism, and the rule of the fundamentalist rabbinate is becoming more profound.”

Reuven Rivlin, a Parliament member from the conservative Likud Party, described Mrs. Aloni on Friday as “the last politician in her generation who said what she thought.” But her outspokenness also made for problems. 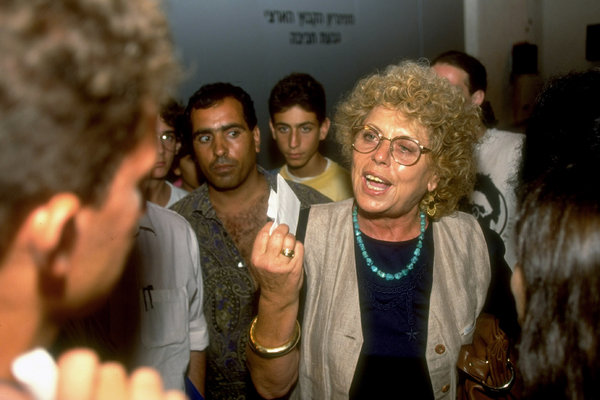 In 1992, Prime Minister Yitzhak Rabin rebuked her for questioning the biblical version of Creation and speaking in the same breath of the Hebrew matriarch Rachel and the prostitute Rahav. The next year, after Mrs. Aloni’s challenging of religious political leaders provoked a coalition crisis, Rabin demoted her from education minister to minister of communications and science and technology.

After Baruch Goldstein massacred 29 Muslims at the Tomb of the Patriarchs in 1994, she was among the first to call for the expulsion of hundreds of Jewish settlers from the West Bank city of Hebron. She also said that high school trips to Holocaust sites were turning Israeli youths into xenophobes, and she incited outrage by holding official meetings abroad in nonkosher restaurants.

Former political allies and opponents alike lauded her on Friday as a boundary-breaking pioneer for peace, “a moral compass,” “a special breed,” “an inspiration for all women” and a “pillar of fire.”

“It was impossible not to admire such a combative woman who fought for what she believed in and was prepared to pay the price,” said Geula Cohen, who founded a right-wing faction and frequently faced off with her in Parliament.

Yossi Sarid, who in 1996 successfully challenged Mrs. Aloni for leadership of the far-left Meretz Party, called her “a phenomenon” who feared “absolutely nothing.”

“How did we first become acquainted with civil rights? How did we first discover the occupation?” Mr. Sarid, now a political analyst, asked rhetorically Friday morning on Israel Radio. “She wanted to change the national and social agenda, and she did so, on her own, by virtue of her own capabilities, and attained great and unparalleled achievements.”

Although some sources say she was 85, her son Nimrod said she was 86 and was born in December 1927. Born Shulamit Adler in Tel Aviv to Polish immigrant parents, she fought in Israel’s War of Independence in 1948.

She started her political career with the Labor-Alignment faction, then helped create the Citizens’ Rights Movement and, later, Meretz. She was married for 36 years to Reuven Aloni, who died in 1988. She is survived by their three sons, eight grandchildren and two great-grandchildren.

Her death was a reminder of the decline of the left among Jews in Israel. Labor’s last prime minister was Ehud Barak in 2001, and Labor and Meretz combined hold 21 of Parliament’s 120 seats today. When Mrs. Aloni left elected office, they had 56.

“The pillar of fire has been extinguished,” the advocacy group Peace Now lamented in a statement.