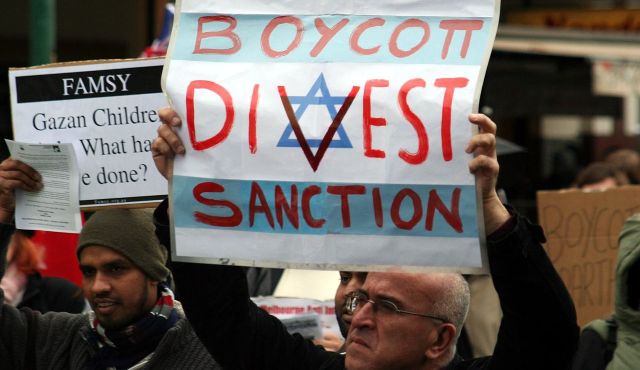 Eran Rolnik : Netanyahu’s Israel is foisting a false definition on the word ‘anti-Semite’

The struggle against Jew hatred is too important for it to be hijacked by official Israel in an opportunist and subversive way, as part of an effort to fight BDS.

Pro-BDS does not equal anti-Semite. Photo by Mohammed Ouda/Wikimedia Commons

When Karl Lueger, Vienna’s anti-Semitic mayor (1897-1910), was asked how his extreme anti-Jewish views squared with the fact that some of his friends were Jews, he replied, “I decide who is a Jew.”

The State of Israel has long since arrogated the right to decide who is a Jew. Now, nationalist Israel is also seeking to dictate to history its solipsistic definition of who is an anti-Semite.

For most Israelis, anti-Semitism, which is one of the wellsprings of the Israeli collective consciousness, is an empty word. Even if they were to imbibe it with their mother’s milk, or learn about it in school, they would not know the bitter taste of hostility or discrimination that is reserved for those of Jewish origin. It’s doubtful whether native-born Israelis are even capable of identifying the elusive and less raucous manifestations of Jew-hatred of the type that Jews in the Diaspora have been familiar with across the generations.

Israelis try to bridge the gap between their knowledge of the existence of anti-Semitism and their lack of direct experience with it, by means of humor and also by confusion. Behind every criticism of Israel, they profess to hear the historic hatred of Jews. In the 1970s, if you maintained that Brigitte Bardot was prettier than Golda Meir, you too were considered anti-Semitic. And if criticism of Israel is particularly pungent, then rest assured that behind it is a person with a small black mustache.

The Europeans treat the struggle against anti-Semitism somewhat more seriously. Ten years ago, the European Union adopted a definition of it. The detailed definition, arrived at jointly by experts from 15 countries, states, in part, “Anti-Semitism is a certain perception of Jews, which may be expressed as hatred toward Jews. Rhetorical and physical manifestations of anti-Semitism are directed toward Jewish or non-Jewish individuals and/or their property, toward Jewish community institutions and religious facilities.”

There are additional clauses, including Holocaust denial, rejection of the Jewish people’s right to self-determination, comparing Israel’s current policy with Nazism, and a collective perception of the Jews as bearing responsibility for Israel’s actions. It’s a broad working definition, which covers also the camouflaged manifestations of the curse of anti-Semitism. However, the EU’s learned definition also contains a phrase that is aimed at preventing the term’s misuse exactly in the way that Israeli public diplomacy has just now been instructed to do: “However, criticism of Israel similar to that leveled against any other country cannot be regarded as anti-Semitic.”

Israel’s intention to delegitimize the European move to demand the labeling of products from the settlements by denouncing the initiative as an expression of anti-Semitism will not succeed. The struggle against anti-Semitism is too important for it to be hijacked by official Israel in an opportunist and subversive way. Indeed, the false interpretation that the Netanyahu government wishes to foist on anti-Semitism as part of its fight against the boycott movement, should also be labeled a product of the Israeli settlement project in the occupied territories. 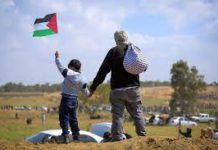 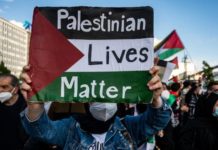