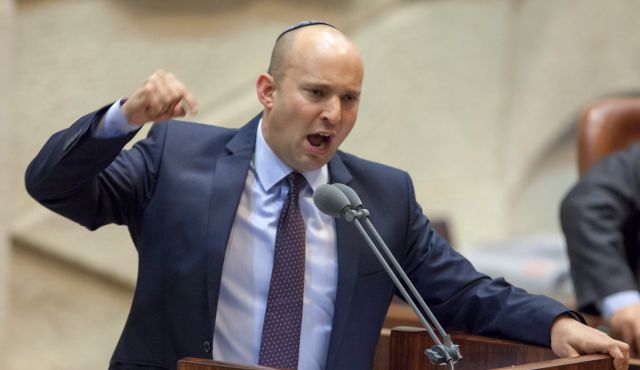 The chilling call of the above headline can be heard, withfew exceptions, in just two countries: Iran and Israel. In the former, it is roared at mass rallies, as a debased means of incitement; in the latter, the sentiment is ascribed to half the world, as a poor scare tactic.

Let’s set aside Iran – these rallies also call for the destruction of the United States, and the tone of its leaders has changed.
In Israel, the issue is the deep-seated existential angst and the campaign of fear and incitement that intensifies it: Nearly every right-wing leader cynically exploits the fear of Israel’s “eradication” for his or her own political needs.
In both Iran and Israel is an awareness that the threat is an idle one.
No one else in the world speaks of Israel’s destruction. They may criticize Israel unduly, they call for boycotting and isolating the state, and they fight the fact of the occupation. They call for a regime change, or at least a change in tone – but no one speaks seriously about Israel’s elimination.
A European parliamentarian who dares to question the water crisis of the Palestinians in the territories would not, it goes without saying, conceive of eliminating Israel. Intellectuals who call for a boycott of Israel do not envision its disappearance.
Businessmen who cut ties with Israeli companies that are tainted with the occupation are not thinking about destroying the state. Peace and human rights activists, leaders of theBDS movement and even the most extreme-left columnists – none of them seeks Israel’s destruction.
Nearly all the leaders of the Arab states, too, have long since made their peace with the existence of Israel, and even the majority of Palestinians know that the dream of driving the Israelis into the sea, if it ever existed, will never come true.
With the exception of a few anti-Semitic players, marginal and deluded, no one thinks about it. It is only we Israelis who cling to the concept: Caution, annihilation ahead.
A highly armed regional power, with nearly every kind of weapon at its disposal, economically and scientifically advanced, recognized by most of the countries in the world, a member of nearly every important international organization and with global influence that far outstrips its size, an ally of the world’s sole superpower, claims that its existence is under threat. That’s bullshit.
The international battle now is over the character of the state, and above all over its morality. Just as no one thought of eradicating South Africa, but only of changing the regime, or the Soviet Union, Iran or North Korea, so too no one is thinking about eliminating Israel.
Even the people calling for the establishment of a secular, democratic, binational state aren’t talking about the state’s eradication, but rather only about changing its character.
This elimination is an Israeli invention that ostensibly serves Israel’s purposes. By means of this weapon, Israelis can return to the place where they are most comfortable: in the role of the victim. If the world seeks to destroy us, then we are always right.
What can one say about a state that is at risk of eradication? That it has the license to do anything necessary in order to save itself. And what can one say about the world that rises up to destroy it? That it is dangerous and unjust. But that world, including part of the Arab world, embraced Israel after the signing of the Oslo Accords. What happened then to the plans for Israel’s destruction?
In the background, of course, is the memory of the Holocaust, and it, too, is exploited fully. “Israel’s destruction” recalls that which can never be forgotten, the death camps and the gas chambers.
It also recalls something that Golda Meir once told Shulamit Aloni: that after the Holocaust, Jews are permitted to do anything. If the world says eradication, Israel can say occupation, disinheritance and elimination. But the world did not say eradication, and Israel cannot say occupation, disinheritance and elimination.
Once again, the issue is being out of touch with reality. The Israelis who ask themselves anxiously whether the state will still exist 20 years from now, and dream of getting a second passport, should be asking a different, no less weighty question: about the character of their state, whose dangers lie mostly within.
But few ask this question. We are too busy with the issue of existence to deal with principles. Warning: imaginary existential danger ahead. 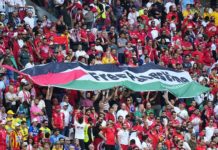 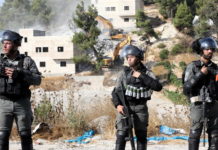 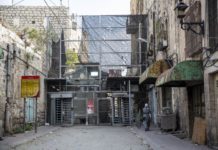