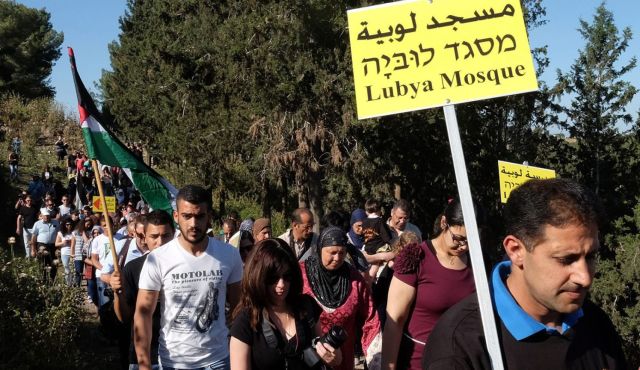 In advance of Nakba Day, the group comes to Israel to express their regret that a forest was created on the ruins of a Palestinian village.

The procession of South Africans and displaced persons who once lived in the village of Lubya. Other than the faded headstones, no monument stands there. Photo by Alex Levac

Last Friday, a long line of people wound its way along the narrow trail that leads up a hill that is adjacent to Golani Junction in the north. A few carried the flags of Palestine. Others held yellow signs with the names of places that no longer exist: a school, a cemetery, a neighborhood. The village’s displaced persons walked into the forest under which the remains of their homes are buried. Their visit has become a ritual.

This time, though, the DPs were accompanied by what, in terms of current reality in Israel, was a rare, unexpected, almost inconceivable sight: a group of 14 Jews from South Africa, who came to apologize and ask forgiveness for donating money to the Jewish National Fund, which used it to create The South Africa Forest here in 1964, on what remains of the village of Lubya.

The group felt cheated. They were told they would help make the wilderness bloom. As children they deposited their allowance in the iconic blue-and-white JNF boxes, and afterward contributed to the purchase of “tree certificates” at bar mitzvahs, birthdays and weddings. Then they found out where the money went.

It emerged that the JNF’s aim was to cover up the destruction of such villages, to conceal the blame and consign the memories to oblivion.

In 2012, in the wake of a documentary film by Mark J. Kaplan, “The Village Under the Forest,” about what happened to Lubya, the group founded a South African branch of an international organization calling itself Stop the JNF.

So it was that its representatives climbed the hill to the ruins of the village and, in a symbolic ceremony, handed letters of apology and solidarity to the village’s DPs and to descendants still living in the country; a few exiled refugees arrived from Sweden and Denmark. However, most of the Lubya DPs are beyond the hills of darkness: Until recently, they lived in Syria’s Yarmouk refugee camp. Last month, however, it was overrun by ISIS and they were evacuated to camps in Lebanon.

Although these second- and third-generation refugees still have relatives in Israel, no one in authority considered the possibility of rescuing them and bringing them back to their homeland.

Lubya was abandoned on July 16, 1948, after its inhabitants were left to face the Israeli army almost alone, following the fall of Shfaram and Nazareth. Most of them fled to Lebanon that night, while a few made their way to Deir Hanna, in Lower Galilee. Lubya fell without a fight, and the route to Tiberias was thus opened. The village’s 600 homes were blown up in the 1960s. On their ruins the JNF planted trees. Welcome to South Africa Forest.

Local legend, we heard last week, has it that in 1948, the owner of the village grocery store fled to Yarmouk, where he collected the debts of those who had bought from him on credit in Lubya, using records in a notebook that he took with him. One refugee had drawn a map of the village from memory in Yarmouk, an amazingly precise map.

Immediately after Golani Junction, formerly known as Maskana Junction, one turns right into Lavi Forest, which contains the South African Forest. An array of signs welcome visitors who have come to chill out or hike, but none tells the whole truth about this place. There’s a playground named in memory of a Johannesburg Jew; an activity site for the disabled, established with the aid of the Friends of the JNF and an organization of Zionist women from South Africa; a site where you can “plant a tree with your own hands”; and a South African memorial garden, with a sign saying: “Private Territory. No strangers allowed.” But who are the strangers here? Who is not allowed inside?

“It’s all lies! Did they tell you how many Jews were murdered by residents of Lubya?” a new immigrant from South Africa cried out in English and broken Hebrew. His protest generated a brief tumult.

The ceremony was organized by Zochrot, an NGO founded in 2002 “to promote acknowledgment and accountability for the ongoing injustices of the Nakba [or “catastrophe,” the Palestinian’s term for describing the establishment of the State of Israel],” according to its website. To mark the event, the organization published a trilingual booklet about the history of Lubya.

In 1939, it says, a Jewish vehicle was attacked next to the village and a Jewish guard was killed. In response, a squad from the Haganah, the pre-state militia, launched a reprisal raid. The unit was under the command of Shlomo Shamir and included the iconic figures of Yigal Allon, Yossi Harel and David Shaltiel.

Reporting on the operation on June 22, 1939, the semi-official newspaper Davar wrote, “A new crime was committed in the village of Lubya, an appalling crime, attesting that its perpetrators have lost the last trace of human feeling. Those gunshots, which murdered elderly men and women and shed the blood of an infant and a dying old man, show that we have been hurled onto a dark slope, which is descending into the abyss… The memory of the action at Lubya, together with the memory of all the abominations that preceded it, will condemn to infamy its destroying malefactors – no matter who they are.”

The protester from South Africa fell silent and the line of pilgrims continued to climb the hill, silently, pausing occasionally to catch their breath and look around. Amid the pine needles were heaps of stones.

There were once 600 homes in the village. Prickly-pear cactus are scattered about. The 800 wells dug into the hill bear witness to the lives and memories the JNF sought to erase. Only the cemetery remains intact, rows of neglected graves surrounded by barbed wire, which the DPs say the Israeli authorities have forbidden them to repair. The South African group cleaned them before the ceremony, in an act of purification and atonement.

Other than the faded headstones, no monument stands over Lubya, in Yevtushenko’s words, nor is there a single sign that exists as a reminder, at least, that not so long ago a village stood here. Only the names of the Jewish donors from South Africa, who contributed to the village’s deletion from consciousness.

One of the participants climbed onto the stone dome of what is presumably a grave in the center of the cemetery, named for a commander in the army of Salah a-Din, and hoisted the flag of Palestine.

Among those at the forgiveness ceremony was architect Shmuel Groag, author of a long and detailed essay about the need to reconstruct the village. “Ignoring the heritage, denying and repressing it, turns these sites into gaping wounds in the Israeli collective space and memory,” he wrote.

Also in attendance was Michal Weitz, great-granddaughter of Yosef Weitz, a leading official in the JNF, who was known as the “father of the forests.” He was one of those who conceived the idea of covering ruins of Palestinian villages after 1948 with trees; he also headed a body known at the time as the “transfer committee” (referring to population transfer). Michal Weitz is now trying to make a documentary film about her great-grandfather, who was responsible for this festering afforestation.

On hand as well was my Haaretz colleague Oudeh Basharat, who brought his 11-year-old daughter on a “heritage” tour. One of the DPs, Mahmoud Hajo, 75, inserted the yellow signs into the rock-strewn soil of his village.

Umar Ighbarieh, from Zochrot, who led the tour, explained, from experience at other sites, that within a day Israeli hikers will uproot all the signs. Kibbutz Lavi, Givat Avni, Kfar Nahar Hayarden, the Golani industrial zone and the Golani Brigade’s memorial site – all of which lie on the village’s land – constitute the new landscape here.

“They duped us,” said Merle Favis, from South Africa. “They told us they were working to make the desert bloom. They took our money and planted trees to erase the memory of the people who lived here. It’s fraud.”

In their statement of apology and solidarity, they wrote, “As a Jewish South African, I wish to declare that whether as a child or an adult, I have made a donation to the JNF… Such contribution was made prior to my understanding the true and hidden role that the JNF has played in Israel/Palestine… I wish to record my condemnation of such acts by the JNF and distance myself from the erasure of these villages and any inadvertent contribution I unknowingly made to this process… We apologise for what has been done in our name…”

The group hopes that many more Jews will sign the letter and that other Jewish communities will take similar action. 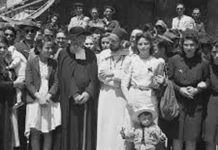 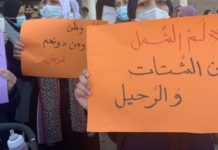 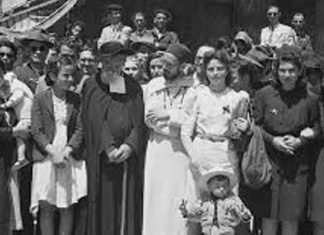