The Holocaust has long since become a very dominant part of Jewish identity in Israel. Precisely for that reason, it is surprising that in this country historical knowledge about the Holocaust – to judge by the literature on the subject published in Hebrew – is among the most meager in the Western world. Most of the outstanding books in the field were not written in Hebrew, and few of them have been translated. Although the trend has begun to change in the past decade, this is a case of too little, too late. And sometimes too tendentious, as well.

The Holocaust is an extreme, perhaps unprecedented, event. For that reason alone, understanding its history is a difficult task. The key to this understanding can be found first and foremost in meticulous studies done on Nazi policy toward the Jews, and on the cultural and political context in which Nazism flourished. On these issues there is almost no literature in Hebrew, although in general they have been the subject of an unparalleled amount of in-depth research as compared to other historical events, and the literature that has been written on them in German and English is outstanding.

The most scandalous example of the lack of Hebrew publications is the monumental book by the greatest Holocaust historian, who in effect laid the foundations for work in the field: Austrian-born American Jew Raoul Hilberg. His book, “The Destruction of the European Jews,” which was first published in 1961 and has been translated into many languages, centers around Nazi bureaucracy as being the perpetrator of the Holocaust, rather than Hitler or anti-Semitic ideology. Hilberg passed away in 2007, but only now is this book being translated into Hebrew by Yad Vashem.

There are dozens of additional examples. “Modernity and the Holocaust,” the highly influential book by sociologist Sygmunt Bauman, which was published in 1989 and translated into over 20 languages, is only now being translated into Hebrew by Resling. The book’s radical thesis, which has aroused stormy debates, maintains that the Holocaust is not an anti-modern event per se, but rather a direct result of modernity.

In the 1990s historians pounced on archives in the countries of the former Soviet Union. What they discovered there largely changed the historical picture of the Holocaust. Among other things, two German historians – Susanne Heim and Goetz Aly – ignited a fierce debate when they suggested that the Holocaust should be understood as a rational enterprise initiated by a class of intellectuals including economists, demographers and agronomists, who wanted, by means of the murder of the Jews, to make the demographic-economic structure of Eastern Europe more rational and modern.

They, and other scholars, also linked the persecution of the Jews to the project of reorganization of European demographics, with which Himmler was preoccupied. In its context millions of people (Jews and non-Jews ) were supposed to be expelled from their homes (in order to settle Germans from the diaspora in them, as part of the “return to the homeland” project ), and several tens of millions of Slaves were doomed to die within a decade or two. These claims also aroused a fierce debate. Yet almost none of this rich literature is available to the Hebrew reader.

And if that is the case regarding issues touching directly on the Final Solution – it is even more true true when it comes to literature that links the Holocaust to other aspects of modern European history, such as the colonial experience, modern nationalism, racist thought and so on. This ramified literature has given rise to a very complex understanding of the Holocaust, in which, along with anti-Semitism, other significant factors are taken into account. But almost none of it is accessible to the Hebrew reader, nor is it reflected in the education system or in public discourse.

The unavoidable conclusion is that we are interested in remembering the Holocaust, but not in really understanding it as an historical event that took place in this world. Perhaps because if we understand it in all its complexity, we will also understand the extent to which it grew out of historical, cultural and political contexts that are not so different from the situation in which we ourselves are now living.

Dr. Amos Goldberg is a lecturer in Holocaust history and literature at the Hebrew University of Jerusalem. 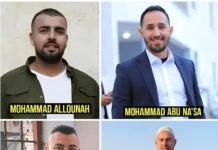 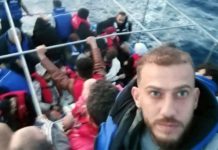 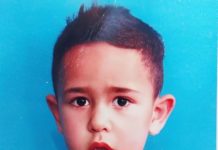