To visit Palestinian-controlled areas, some foreign nationals need military entry permit that Israel doesn’t explain how to get. 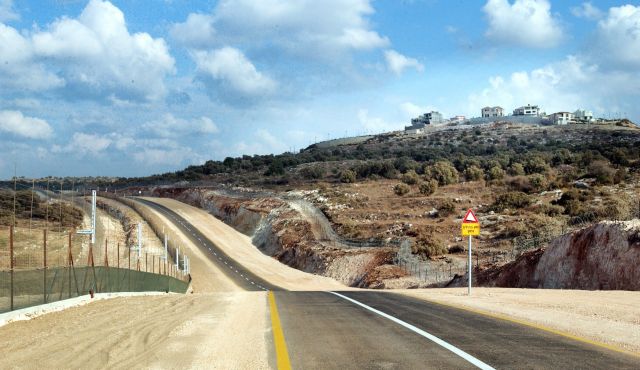 The separation fence east of the West Bank settlement of Alfei Menashe. Photo by Nir Kafri

Since the beginning of 2013, Israel has forbidden tourists from the United States and other countries to enter the territories under Palestinian Authority control without a military entry permit – but it has not explained the application process to them.

Haaretz has learned of a recent case where clerics from the United States had to sign a declaration at the Ben-Gurion International Airport, promising not to enter Area A without permits from the Coordinator of Activities in the Territories.

The clerics signed the declaration, but representatives of the Population, Immigration and Borders Authority did not explain to them how to get the permits.

Not every tourist who is planning to visit the West Bank is required to sign the declaration, and no criteria have been published for how people are selected to do so.

The American clerics, who spoke with Haaretz on condition of anonymity, were sent by their church to work with Christian communities in East Jerusalem and the West Bank. As a result of the declaration they signed and their inability to decipher the procedure for obtaining the permit, they have been unable to meet with the members of Christian communities in West Bank cities or visit holy places, like the Church of the Nativity in Bethlehem.

One of the signers, who turned to the United States Consulate in Jerusalem for help, told Haaretz that the consulate employees are unaware of the existence of the declaration.

The text of the English-language version of the document reads:

“1. I understand that this permit is granted me for entry and visitation within Israel only, and it has been explained to me that I am unable to enter the areas under the control of the Palestinian Authority without advance authorization from the Territory Actions Coordinator and I agree to act in accordance with these regulations.

“2. I understand that in the event that I enter any area under the control of the Palestinian Authority without the appropriate authorization all relevant legal actions will be taken against me, including deportation and denial of entry into Israel for a period of up to ten years.”

In the Hebrew version, there is also a clear statement that unauthorized entry to the areas under the control of the Palestinian Authority is a transgression of the law. This is omitted from the English version.

The English version does not use the official and common English title “Coordinator of Government Activities in the Territories,” but translates the Hebrew as “Territory Actions Coordinator,” raising doubts as to whether the coordinator’s office has seen the form.

The spokeswoman for the Population, Immigration and Borders Authority, Sabine Haddad, wrote to Haaretz that the Entry into Israel Law authorizes the interior minister to decide on the entry of foreigners to the State of Israel, but in the case of Judea and Samaria, the Israel Defense Forces chief of general staff makes the determination – with a permit from the coordinator’s office required by security legislation.

“When a tourist/foreign national arrives at the international border crossings and it is believed that he wants to enter Judea and Samaria, he should be informed [of the procedure] and asked for his promise to receive a permit from the coordinator’s office before his entry – a permit that constitutes an essential condition [of entry to the Palestinian Authority controlled areas],” said Haddad.

Haddad did not reply to Haaretz’s request for explanation of the pertinent clauses of the law, nor did she provide Haaretz with information about the department in the coordinator’s office from which to request the permit. On the English website of the Coordinator of Government Activities in the Territories – a military unit that carries out and implements civilian policy in the territories – including the part dealing with ties with international organizations, there is no mention of the existence of such a procedure. In reply to an inquiry by Haaretz, the spokesman for the coordinator’s office said the matter of the procedure and the form is being examined.

About seven years ago, there was a report of a similar declaration that tourists were required to sign, but the practice was discontinued and renewed only at the beginning of this year. Several years ago, the Interior Ministry also began to limit the freedom of movement of tourists with work and family ties in the West Bank and to prevent their entry into Israel by means of a permit with the stamp “For the territories of Judea and Samaria only.”

Attorney Adi Lustigman turned Haaretz’s attention to a legal decision from August 2010 by Jerusalem District Court Judge Moshe Yoed Hacohen, which dealt with the appeal she filed against preventing the entry into Israel of an American citizen. Hacohen ruled that even according to the Oslo Accords, which the Interior Ministry occasionally relies on to explain restrictions on the movement of tourists, citizens of countries that have diplomatic ties with Israel need only an entry permit for Israel and a valid passport to enter Palestinian Authority territories. They are not required to have visiting permits from the Palestinian Authority, which are granted with the approval of the Coordinator of Government Activities in the Territories (as is required of citizens of countries that do not have diplomatic ties with Israel, and citizens from Arab countries such as Egypt and Jordan).

Lustigman believes the policy behind the declaration is illegal because it discriminates between foreign citizens whose destination is the settlements and those whose destination is Palestinian areas. The form itself, Lustigman says, “is not legal because it was formulated for an improper purpose – isolating the occupied territories – and in an improper manner. It makes the assumption that people who arrive in Israel as tourists, as clerics and for other purposes want to act in contradiction to the law, which may not even have been explained to them clearly.

“There is no reason to threaten foreign citizens, to turn them into suspects and to make them sign, as a condition for entering Israel, a form whose wording and content are unclear … If there really is such a procedure, it should be publicized in a simple, clear and accessible manner, and instead of handing out a threatening sheet of paper, they should hand out a paper containing an explanation and procedures for making the request. Because the Interior Ministry does not do so, and as far as I know neither does the Coordinator of Government Activities in the Territories, it seems that there is no operative procedure, nor any procedure for submitting a request. We are left only with a prohibition, which, as we have mentioned, is invalid.”

The spokesperson for the U.S. Consulate did not answer Haaretz’s question as to whether Israel has informed the American authorities about the restriction and the obligation to sign, and did not explain the viewpoint of the U.S. Department of State on the issue. 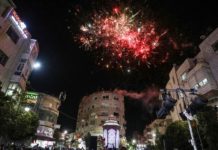