Strenger than Fiction
by Carlo Strenger

We’ve lost: It’s time to think about one state

For decades, Israel’s left has defined itself by its commitment to the two state solution. But it is time to take a cold, hard look at reality.

Migron has been evacuated, but this doesn’t save the two state solution. It was evacuated, because it was built on private land, not because it is part of the future state of Palestine. Dozens of other settlements remain standing, and there are now more than 300,000 settlers east of the Green Line, not including East Jerusalem.

For decades, Israel’s left has defined itself by its commitment to the two state solution. But it is time to take a cold, hard look at reality: We’ve lost. Last year, Palestinian philosopher, peace activist and president of Al Quds University Sari Nousseibeh has said so in his bookWhat is a Palestinian State Worth? He called upon fellow Palestinians to realize that Jews are too traumatized by their history to give up sovereignty over the West Bank, and that a Palestinian state was not worth further blood and mayhem.

I wasn’t ready to hear this then, but it is simply no use to continue closing our eyes. I do not give up on the two state solution on ideological grounds -with all its faults, at least it made moral, political and demographic sense. I give up on it, because it will not happen.

Most of the member’s of Netanyahu’s coalition are explicitly for the one state solution, and Bibi himself has only paid lip service to a Palestinian state: His actions speak differently. But even Israeli opposition leaders hardly speak of the two state solution, because they have come to realize that it costs them too many votes.

Moreover, the situation is quite similar on the Palestinian side. Palestinian elites prefer one state west of the Jordan; Abbas’ political standing is weak, and it is unclear whether there will be another Palestinian leader committed to the two state solution.

Hence, with weary hearts, we need to look at alternatives. The left’s natural allies are those on Israel’s right who believe in the core values of liberal democracy like Moshe Arens and Reuven Rivlin. Both believe that Israel should annex the West Bank and give Palestinians full political rights and thus reject an apartheid state.

The idea of one state West of the Jordan faces huge problems: how are two people who have been locked into a mortal, tragic struggle for more than a century supposed to run a state together?

The state west of the Jordan River will not have a common national ethos. It will be locked into a struggle for ethnic dominance for decades. The central weapon in this struggle will, as demographer Arnon Sofer said, women’s wombs: Jews and Palestinians will fight each other by having as many children as possible in order to gain a majority

But maybe the state West of the Jordan will not be that different from the reality we live in already. Israel is involved in a culture war about its future character. The demographic struggle and the use of large numbers of children has been going on for decades. National-religious and ultra-Orthodox Jews have built on the assumption that they will simply out-birth secular Jews. Many of them wait for the moment in which Israel’s democracy will transform into a full-fledged theocracy.

For quite some time, there has been no such thing as an Israeli society, but a number of tribes that hardly communicate with each other and have no common values except security. Israel already lives with the abnormality of having four different education systems: a secular Hebrew, a national-religious, an ultra-Orthodox and an Arab system.

The one state solution will turn Israel’s disintegration as a society de facto into a reality de jure. The new state will have to function as a confederation and give considerable autonomy to its constituent states or cantons. We will have to look deeply into existing models for such confederate structures as in Switzerland, Canada and Belgium. And we will have to watch closely how the EU progresses towards a stronger central government that unites very different cultures and languages.I am writing none of this with pleasure or joy, and I have no illusion that the new state of Israstine (or whatever it will be called) will emerge without painful pangs of birth and protracted conflict. But this is what the majority of Israelis have decided in their actions and through their vote; and what the Palestinians have led to with a series of historic mistakes. We have to make the best of a bad situation. 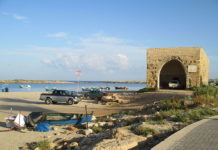 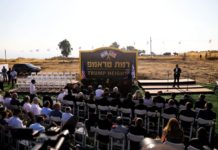 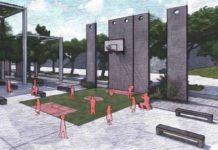