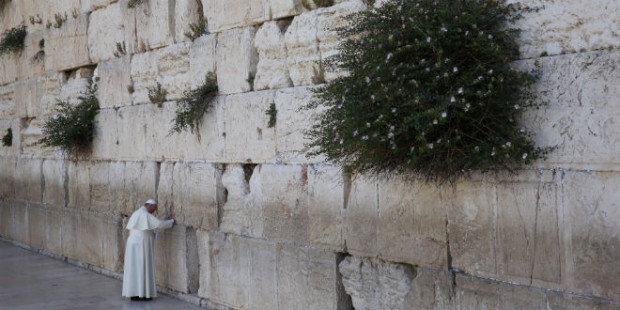 Pope Francis to be Tried by Sanhedrin

“And you shall discern from among the entire people men of accomplishment, God-fearing people, men of truth, people who despise money and you shall appoint them leaders of thousands, leaders of hundreds, leaders of fifties, and leaders of tens. so they shall judge the people at all times.” (Exodus 18:21)

A re-established and self declared Israeli Sanhedrin, the religious High Court composed of 71 sages, has declared that it is putting Pope Francis on trial unless he retracts his statement that the Jews have no right to the land of Israel or to Jerusalem.

In February 2013, the Vatican officially recognized the “State of Palestine” but more significantly, the Vatican signed a treaty in June with “Palestine” in which the Holy See switched its diplomatic relations from the Palestinian Liberation Organization to the “State of Palestine”. This treaty is the first legal document negotiated between the Holy See and the Palestinian state and as such, constitutes an official recognition.

The trial and judgment will be on September 20th, 2015. If Pope Francis chooses to ignore the summons, he will be judged in absentia.

The Sanhedrin sent a letter to Pope Francis in reaction to the Vatican’s recent support of the Palestinian Authority’s unilateral moves to declare themselves a nation, reported the Hebrew magazine Matzav Haruach on June 24.

“Because the Vatican recognized the organization known as the Palestinian Authority as a nation, and has begun to refer to it as a nation in its documents. His honor has named the head of said authority as an ‘Angel of Peace’, as was explained by a spokesman for the Vatican, that his intention was to encourage Abu Mazen to advance towards peace. These actions, to our great dismay, are consistent with a long series of actions and stances that are as in the days of the Roman Catholic Religion, that swore to persecute Israel because we refused to accept their Messiah as the Messiah of Israel, and to renounce our faith. The recent announcements and actions of the Vatican are a rebuke to the Jewish Nation and to the Bible, which you use to interpret the prophecies, as if God has abandoned his original Nation of Israel. Reality has proven the opposite to be true.”

“We require from you an apology for your recognizing as a nation those who stole the land, those who are known as the Palestinian Authority, and we are informing the Vatican that the sole God given right to the land of Israel is to the Nation of Israel. If His Honor the Pope, and the Vatican, do not apologize within two weeks of receiving this letter, and if he does not change his ways, we shall judge these actions in the Court of Mount Zion, in a court of 71 Jewish elders of Zion, and enact the prophecy of ‘The liberators will rise up upon Mount Zion, to judge the Mountain of Esau and the kingdom shall be God’s’ (Obadiah 1:21). The court shall judge the Vatican in its presence or in absentia, and it is possible that the Vatican will be found guilty of anti-Semitism, as has been known to be done several times throughout history, and to place responsibility upon the Vatican for all of the outcomes of its actions.

The Sanhedrin has no political or legal status, and clearly has no authority over the Vatican. However, it is comprised of some of the greatest rabbis of the modern Jewish nation, men who have dedicated themselves to Torah, serving God and Israel. One of the main leaders behind the revival of the Sanhedrin is Rabbi Yoel Schwartz, well known for his advocacy in strengthening non-Jewish support for Israel.

The court’s rulings have the highest spiritual significance. The commandment to appoint judges is learned directly from the Bible (Exodus 18:13) and the present Sanhedrin is an effort to reestablish a tradition dating back to Moses.

Pope Francis’ recent visit to Israel and many of his actions caused disturbing waves in the difficult situation in the region. 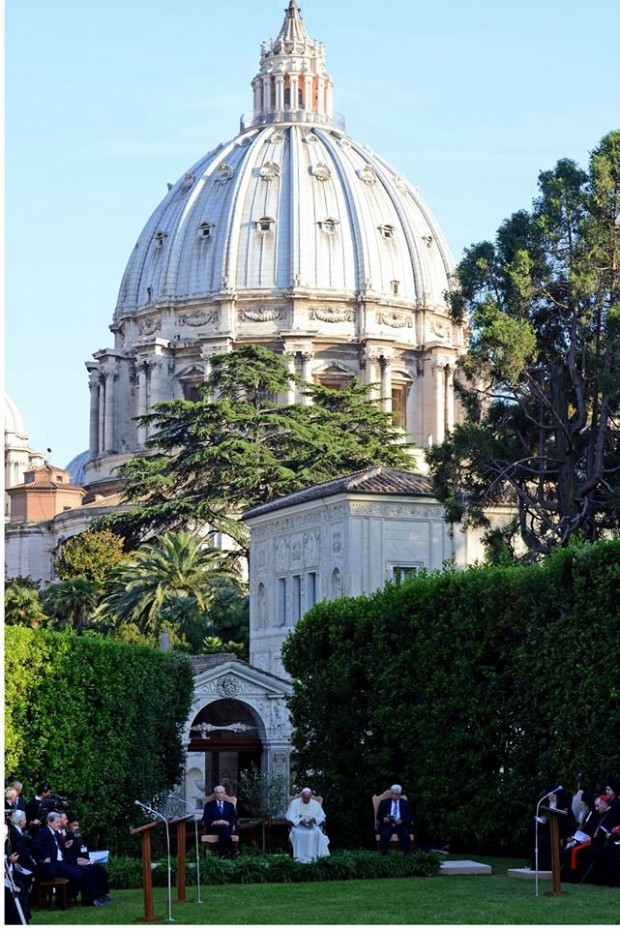 His controversial description of Abbas as an “angel of peace” led to the Vatican backtracking and attempts to placate Israel. The Pope’s much-publicized meditation at a section of the security barrier prominently displaying pro-boycott graffiti was used by the Palestinians in an appeal to remove the much-needed security measure. That section of the wall also showed graffiti comparing the wall around Bethlehem to the Warsaw Ghetto. Pictures of the Pope’s visit to the wall went viral and became a symbol for anti-Israel sentiment.

While in Israel, Pope Francis attended Sunday mass at the Church of the Nativity. In his sermon, Latin Patriarch Fuoad Twal accused Israelis of being the present-day version of Christ killers by referring to the Palestinians as walking “in the footsteps of the Divine Child,” and likening the Israelis to King Herod. Shockingly, Pope Francis echoed his remarks in a later speech.His controversial description of Abbas as an “angel of peace” led to the Vatican backtracking and attempts to placate Israel. The Pope’s much-publicized meditation at a section of the security barrier prominently displaying pro-boycott graffiti was used by the Palestinians in an appeal to remove the much-needed security measure. That section of the wall also showed graffiti comparing the wall around Bethlehem to the Warsaw Ghetto. Pictures of the Pope’s visit to the wall went viral and became a symbol for anti-Israel sentiment.

Pope Francis embraced the Palestinian mufti of Jerusalem, Sheikh Muhammed Hussein calling him “dear brother” in a show of great affection. In 2012, Hussein said it was the destiny of Muslims to kill Jews, who he claims are “subhuman beasts and the enemies of Allah.” Sheikh Hussein has also praised suicide bombers and said their souls “tell us to follow in their path,” remarks the Pope has never condemned.

Most significant, perhaps was a story of the Pope’s visit Caroline Glick told The Jerusalem Post. In a conversation with the Pope, Israeli Prime Minister Binyamin Netanyahu mentioned that Jesus spoke Hebrew. Pope Francis corrected him, saying that Jesus spoke Aramaic. A flustered Netanyahu agreed that educated Jews at the time spoke Aramaic, but the language of the common people and the language Jesus preached in was Hebrew.

Reuters wrote of the exchange, noting that, “Modern-day discourse about Jesus is complicated and often political.” The report went on to explain, “Palestinians sometimes describe Jesus as a Palestinian. Israelis object to that.” 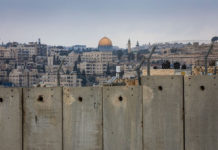 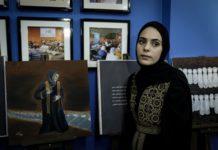