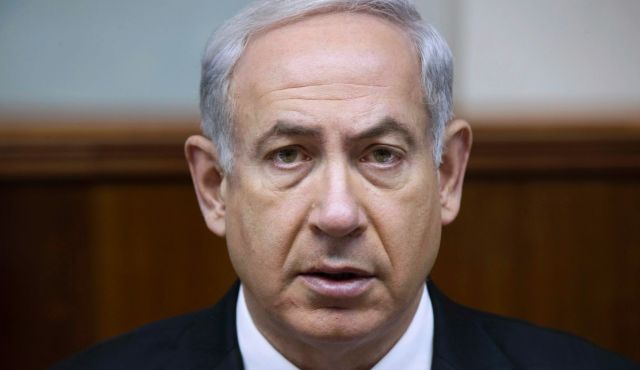 By Barak Ravid
The cabinet  on  Sunday approved a new map of national priority areas, which includes an additional 20 West Bank settlements and communities inhabited by former Gaza settlers.
The list of national priority areas features hundreds of towns and villages that are entitled to government benefits in housing, infrastructure, education, culture and security. The list was last updated in 2009 to include dozens new West Bank settlements.
Fifteen out of 20 communities to receive national priority status are strongholds of Habayit Hayehudi, one of Netanyahu’s chief coalition partners. Conversely, two Haredi communities have been removed from the list. However, the government claims that the reason for including settlements on the list has to do with security and is not at all linked to a policy of settlement expansion.
Four ministers abstained in Sunday’s vote, including Justice Minister Tzipi Livni and Environmental Protection Minister Amir Peretz (Hatnuah). They blamed the government for promoting a partisan agenda at the expense of a national one.
“It is unacceptable that [northern Negev towns] Kiryat Gat and Kiryat Malachi are not on the list due to so-called proximity to the center, despite their difficult socioeconomic state, and at the same time include remote settlements, that were until recently illegal outposts, under the guise of ‘security needs,'” Peretz said.
Some of the newly prioritized communities are outside the large settlement blocs, like Eshkolot and Negohot in the southern Hebron Hills. Other settlements on the list include Rehelim, Sansana and Bruchin, which were considered illegal outposts until several months ago, but were legalized by the cabinet before the last elections. Other settlements on the list are the West Bank settlements of Nofim, Geva Binyamin, Ma’aleh Michmash and Elon Moreh.
Several communities populated by former Gaza Strip settlers, who were evacuated from their communities in 2005, were also added to the list. These are Be’er Ganim, Bnei Dekalim, Ganei Tal, Netzer Hazani and Nitzan. All these communities meet the criteria set by the cabinet for receiving the benefits, including proximity to the border or the degree of security threat. Other communities that will be added to the map and are not associated with a particular political lobby are Kibbutz Alumot in the Jordan Valley, Alon Hagalil in the Lower Galilee, Moshav Amatzia in the souther Lachish district, which has a mix of both secular and religious residents, Kadita in the Upper Galilee, Shalva and Mitzpeh Ilan in the Negev.
Livni said that she decided to abstain, rather than vote against the plan, because “it also includes measures to reduce socioeconomic inequalities and bolster the security in some underprivileged areas.”
Four communities that had been on the list for the past four years have been removed. Two of them are predominantly ultra-Orthodox, like the West Bank settlement of Betar Ilit, most of whose 40,000 residents have voted for United Torah Judaism or Shas. The community of Harish in Wadi Ara — that former Housing Minister Ariel Atias (Shas) was personally involved in attempts to establish a Haredi city there — was also removed from the list. The other two are the settlements of Efrat and Kedar.
Communities benefiting from national priority status will receive immediate funding in education, culture, sports and environmental protection. However, benefits in housing, infrastructure, agriculture and rural development will require additional approval from government panels, following Israel’s pledge to the American government in 2005 to refrain from encouraging Israelis to move to the settlements.
In his opening remarks, Prime Minsiter Benjamin Netanyahu said, “There is one place that is always at the top of our priorities – our capital, Jerusalem. Jerusalem is entitled to all the benefits the plan other communities get, and more.”
Articolo
Pubblicato da arial a 11:46