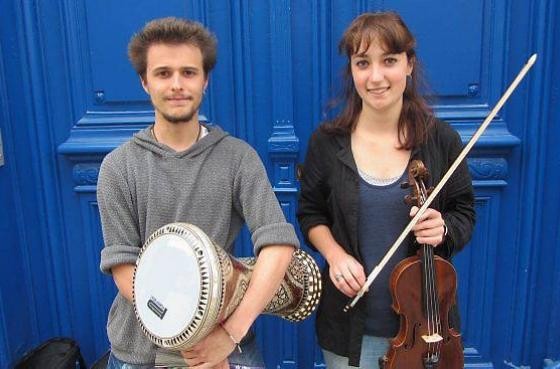 We are two students, both studying musicology at the Université Paris 8 and in the CRR 93 at Aubervilliers and the CRD at Gennevilliers [translator’s note : all located in the suburbs north of Paris]. After taking our baccalauréat exams at the end of high school, we left in September 2013 to spend a year living in Palestine. We gave and attended music classes (violin and flute) at the Edward Said National Conservatory in Ramallah and helped to create a music school in Jericho. This year we had decided to go back during our recent Easter break to see our friends again and to return to the places where we had spent time the previous year.

On Sunday April 19, we arrived at 2:30 AM at Ben Gurion airport in Tel Aviv. At the customs desk we stated the purpose of our visit ; but when the officer heard the word « Ramallah » we were sent straight to a small room where other people were waiting for us. We were immediately asked to write our telephone numbers and e-mail addresses.

After an hour’s wait, a security officer came to pick up Philomène, telling her to take her luggage. In this first interrogation, the security officer asked her the reason for her visit, whether or not she had previously been to Israel, and why. After a few minutes, he began to get angry and called her a « liar » because it seemed to him impossible that a 20-year old would come to Palestine for a year for the sole purpose of playing and studying music. He asked her whether or not she had a Palestinian cell phone. She said no because she was afraid of placing her contacts in a bad position. The man stood up and pounded the desk with his fists, saying « You’re a liar, I don’t believe you ! » He then brought Philomène back to the waiting room and asked Bastien to follow him. The same script ; he warned him that his friend is a liar and that he had better not tell any lies. Bastien told him the truth but the officer didn’t believe him, and a dialogue of the deaf ensued. Then he ordered him to bring our Palestinian SIM cards and our camera. Having made Bastien translate all the messages on the cell phone and watch him look at our Paris photos to be sure we weren’t activists, he told him to return to the waiting room.

Two hours later, and after having seen many people leave with a visa, the same officer called to Philomène to follow him. He asked the same questions but this time, he says he is convinced that she has taken part in demonstrations. She insists she hasn’t. He continued until she broke down and started crying. Then it was Bastien’s turn, he was also accused of taking part in demonstrations, and advised to stop lying. He went to his Facebook account and asked whether or not he know a « Marie Ballanger. » Bastien said no, then the officer got angry and said that she was one of his Facebook friends and that she had been refused entry last December Bastien understood then that he had meant « Bérengère, » a friend who had indeed been refused entry recently. At that point he said that he did know her and was immediately insulted because he hadn’t reacted right away. He was then sent back into the waiting room.

By then it was 8 AM, there are only five of us in the small room. We are trembling, we want to throw up, we can’t eat the dry sandwich Israeli security had brought us. Next to us a Russian woman passed out ; a security officer stuffed a suitcase under her feet and waited for her to come to, alone; 15 minutes later, a man came to take care of her. We also saw someone from Chad who, after having handed over all the money he was carrying, was handcuffed and sent away somewhere. A fifty-year-old man, exhausted, was crying in a corner. The wait was growing unbearable, inhuman, we need to walk to feel better. Outside the room we see young people of our age who are also dealing with security, laughing, calling out, using the phone, talking about shopping… completely oblivious.

The officer finally came back to talk to Bastien. He refuses to believe him when he denies having taken part in demonstrations; he asks why he is so nervous, why he is trembling; doesn’t that prove he’s lying? He pretends not to understand that we have already spent 5 1/2 hours there after a day-long plane trip, and at a certain point a normal person can’t take any more. The officer insists that Bastien, being pro-Palestinian, can’t have spent a year in Palestine without having gone to Bil’in, a village known for its resistance. Having never demonstrated, Bastien continued to insist that he hadn’t been there. When Philomène’s turn came, he asked her exactly the same questions. She gave the same answers.

We returned to the waiting room, not knowing what to think; would we get a visa after all ? Would we be denied entry? We fought off sleep and numbness. At 9 AM an Israeli immigration officer came to look for us. He explained that we are too dangerous for their « democracy » and that, although we are students and musicians, they don’t believe us and they are going to bring us to a detention center while we waited for the return flight at 4 PM. From that moment on we are treated like terrorists. We even need to be accompanied to the bathroom. They bring us to the immigration office to take our fingerprints and a photo in order to « telephone our relatives, » according to them. Philomène offers to play the violin because they don’t believe us. The officer answers coldly that he doesn’t like music.

Next they bring us to the search room, where for the space of an hour we are treated as objects. All our bags are opened, all our clothing and other items are checked, then we are strip searched in a dressing room. Total humiliation. They disassemble Bastien’s suitcase and keep it and put all his things in a box. We now have fluorescent stickers on all our bags.

Another wait. We ask when we can use the telephone, we are told « in a few minutes, » which is what we have been hearing all night. Finally at 10:30 AM, we leave the terminal in an armored car that drives us, with the Russian woman, to the detention center.

At the center, our jailers put our things in a room and tell us to take our money and our cigarettes if we want to smoke. Our cell phones are forbidden, but we can finally contact our relatives, eight hours after our arrival. We go out to breathe some fresh air, always accompanied, in a closed courtyard. Then they bring us to a cell, in which we will stay until our flight. Here we are locked up, with no notion of time in a dirty place, covered with fleas and less afraid than feeling a sense of absurdity that makes us laugh slightly. Three and a half hours later we leave.

At 3 PM we finally leave the prison and return to the armored car that drives us directly to the runway where our plane is waiting for us. Another inconvenience : we learn that our flight is to Brussels; if we want to go to Paris, we have to wait another eight hours at the airport. We board the plane; our jailers give our passports to the flight attendants who help us in, looking sorry.

Five hours later (and 17 hours after our landing) our passports are returned to us when we arrive in Brussels, where the Belgian border police is waiting for us. They bring us to an office to check whether we are dangerous for their country. We are not. We decide not to fly back to Paris; we prefer to return to France on our own the following day.

Every year, at Ben Gurion airport, numerous visitors from a variety of origins are treated similarly. Their most elementary human rights are flouted: violation of intimacy, psychological torture, dehumanization, racism, theft, trauma. Few of them present a real danger to Israel. In this way, Israel interferes with the smooth development of a great number of humanitarian, cultural, and other projects. At present, nothing is done about this. What happens at that border is unknown to all. Our states have the power to stop these abuses. We have the obligation to inform as many people as possible so that one day, human rights will be respected at that border. We hope that this testimony can serve to help change this unfortunate reality.

This account appeared today on the site of AURDIP, Association des Universitaires pour Respect du Droit International en Palestine. It was translated from the French by Michael Harris. 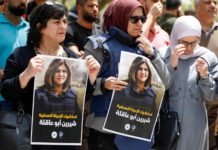 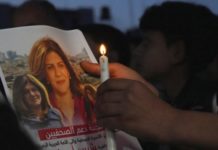 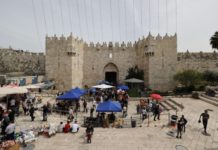