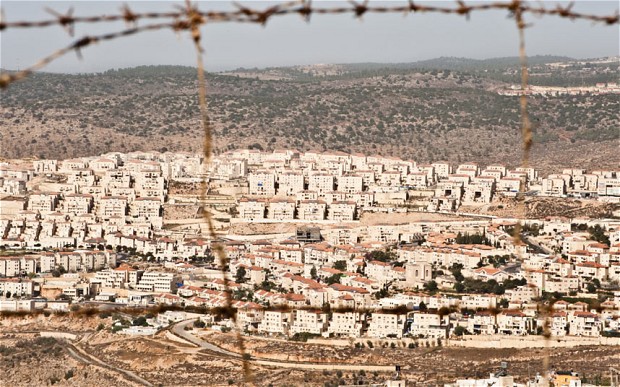 Israeli police are under investigation for allegedly abusing eight Palestinian children accused of throwing stones – including one case where a minor claimed he was threatened with sexual assault unless he confessed.

The investigation focuses on interrogations carried out by officers at a police station in Gush Etzion, a Jewish settlement in the occupied West Bank south of Jerusalem Photo: ALAMY

B’Tselem, an Israeli human rights group, said Israel’s Department for the Investigation of Police (DIP) is conducting an inquiry into alleged abuses that sometimes amounted to torture.

The investigation focuses on interrogations carried out by officers at a police station in Gush Etzion, a Jewish settlement in the occupied West Bank south of Jerusalem.

B’Tselem said it had taken testimonies from 64 Palestinians – the majority of them under 18 – since November 2009 who said they had suffered brutal treatment while being interrogated at the station.

“In their testimonies, they described being subjected to severe physical violence that, in some cases, amounted to torture,” said Sairit Michaeli, a spokesperson for B’Tselem. “In addition, some of them reported being threatened with sexual assault, harm to family members or electrocution.”

B’Tselem cited the testimony of one witness, identified only by his initials MH and aged 14 when he was detained, who said his interrogator violently assaulted him and threatened to rape him.

“He grabbed my head and started banging it against the wall,” MH said. “Then he punched me, slapped me and kicked my legs. The pain was immense, and I felt like I couldn’t stand any longer. Then he started swearing at me. He said filthy things about me and about my mother. He threatened to rape me, or perform sexual acts on me, if I didn’t confess to throwing stones.”

Another witness said he was taken outside and tied to a tree while blindfold. He said his interrogator told him: “I’ll murder you if you don’t confess.”

Some 33 of those who testified chose not to make an official complaint because they feared the consequences, according to B’Tselem. Of the 31 who did complain, 20 later withdrew. The police investigations department has already dismissed three complaints, one of which included allegations of sexual abuse threats.

Ms Michaeli said the allegations were credible because those making them generally did not know each other, thus undermining police claims that Palestinian youths had been deliberately concocting matching stories. Police were pursuing youths who had been throwing stones near a road used both by Palestinians and Jewish settlers, she said.

“We suspect extracting a confession at whatever cost is at the heart of this issue,” Ms Michaeli added. Testimonies taken from Palestinians interrogated at other police stations in the West Bank did not show similar patterns of abuse.

Luba Samri, a spokeswoman for the Israeli police, confirmed the allegations were being investigated but dismissed many of the testimonies. “The fact that 64 complaints against the police were filed over four years and there were no indictments speaks for itself,” she said. “The interrogations by the Israel Police are documented and most are filmed, and are then passed on in full to the prosecutors handling the case and displayed in court. Concerning the investigations that are being examined by the police investigation department, we will wait until the end of the investigation and then act accordingly.”

A report by the UN children’s charity UNICEF earlier this year found there was “widespread, systematic and institutionalised” ill-treatment of Palestinian children who were taken into detention by Israeli forces in the West Bank.

Israeli human rights organization B’Tselem is laying the blame on Israel’s police for ignoring the systematic abuse and violations of Palestinian minors’ rights during interrogations. The organization has received dozens of complaints by Palestinian residents under the age of 18 who have been beaten and threatened during interrogations in Etzion police station, which is in charge of the Hebron and Bethlehem areas. Many of those minors and their families were afraid or reluctant to press formal charges.
According to B’Tselem, some of the events described included torture. Once defendants admit to breaking the law (usually stone throwing), the beating and threats cease.
Palestinians are tried in military courts, where almost 100 percent of defendants are convicted. In many cases, the leading evidence against a defendant is his or her testimony during police or army interrogations.
Over the last three-and-a-half years, B’Tselem received 56 complaints of beatings, abuse and threats towards minors in Etzion police station. Minors between the ages of 12 and 18 have been threatened with sexual abuse, violence against their parents (including threats to kill them), and electrical shocks. In at least one case, a 14-year-old was made to listen to blood-curdling screams from a nearby room, while being told that the same fate awaits him. Others were beaten, at times while their hands were tied.
>Read +972′s special coverage: Children under occupation
B’Tselem has transferred 31 complaints to the Justice Ministry unit in charge of investigating police violations. Twenty families eventually decided to withdraw their complaint, fearing retribution from the authorities, and the Ministry is not willing to look into cases which are not submitted by the victim him/herself. The remaining 11 cases were either dropped by the Ministry or because the investigation was never concluded.
Here are two of the testimonies collected by B’Tselem:
M.A., resident of Husan, 15-years-old at the time of his arrest.

The interrogator “Daud” took me outside with a soldier. They blindfolded me. The plastic cable ties were still on my hands. They put me in a car and started driving. I don’t know where they took me. We reached some place outside Etzion and they forced me out of the car. My hands really hurt because of the cable ties. They took off my blindfold. I didn’t know where I was. They tied me to a tree, and then they raised my cuffed hands and tied them to the tree, too. It hurt a lot. “Daud” started punching me. After a few minutes, he took out a gun and said: “I’ll murder you if you don’t confess! Out here, no one will find you. We’ll kill you and leave you here.

M.H., resident of Husan, 14-years-old at the time of his arrest.

The interrogator made me go into a room. He grabbed my head and started banging it against the wall. Then he punched me, slapped me and kicked my legs. The pain was immense, and I felt like I couldn’t stand any longer. Then he started swearing at me. He said filthy things about me and about my mother. He threatened to rape me, or perform sexual acts on me, if I didn’t confess to throwing stones. His threats really scared me, because he was very cruel and it was just the two of us in the room. I remembered what I’d seen on the news, when British and American soldiers raped and took photos of naked Iraqis.

The Justice Ministry has informed B’Tselem that it will look into the claim regarding the “systematic nature” of human rights violations in the station.
Palestinians are subject to military control, and lack the legal defenses Israeli citizens receive. Among other things, children are often not interrogated by a policeman who specializes in minors, and a lawyer is often not present during the interrogation. Furthermore, children are made to sign documents in Hebrew (which most of them don’t speak), and are tried by military tribunals for long periods in prison, even for minor offenses. 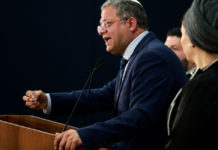 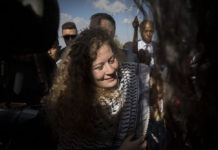 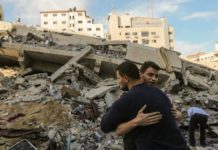