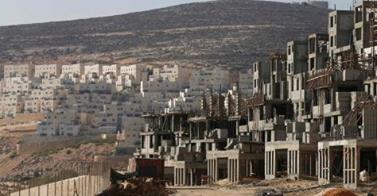 Memo to Jewish groups: You can’t effectively fight BDS if you don’t fight settlements too

Memo to Jewish groups: You can’t effectively fight BDS if you don’t fight settlements too

Jewish groups’ effort to tar BDS with opposition to two-state solution suffers from fatal flaw: They don’t actively support it themselves.

By Peter Beinart | 15:00 05.02.14
Say what you will about the dubious morality of boycotting, divesting from and sanctioning Israel. (Like David Grossman and Amos Oz, I support only boycotts that target settlements and affirm Israel’s right to exist). But the tactical brilliance of BDS becomes clearer with every passing month.
At a time when their leaders are bitterly divided and their people are geographically fragmented, BDS has united Palestinians like nothing else in recent memory. For the many young Palestinians fed up with both Fatah and Hamas, it offers a form of political action untainted by corruption, theocracy, collaboration and internal repression. As a nonviolent movement, it refocuses the Palestinian struggle away from the morally crippling legacy of PLO and Hamas terrorism and instead associates it with the moral grandeur of the anti-apartheid movement. And by relying on international activists—not Palestinian politicians—it universalizes the Palestinian struggle, making it almost irresistible for a global left inclined to see the Israeli-Palestinian conflict in colonial terms.
But there’s one more factor that makes BDS so tactically shrewd: It exploits the mendacity of the “pro-Israel” establishment. Let me explain.
Many BDS activists oppose the existence of a Jewish state within any borders. Some might reluctantly swallow one if a viable Palestinian state were born alongside it. But what unites virtually everyone in the movement is their disgust with an American-led “peace process” in which they believe Palestinians lack the power to achieve their minimal demands. The best way to equalize the scales, they argue, is through economic and cultural pressure.
To stem BDS, the Jewish establishment needs to prove this contention wrong. And they know it. In the U.S., mainstream pro-Israel types now sandwich their opposition to BDS in between statements of effusive devotion to the negotiated two-state solution. In declaring their support for Scarlett Johansson, pitchwoman for SodaStream, which operates in the West Bank, the anti-BDS Israel Action Network recently praised Johansson’s “steadfast commitment to the two-state solution” and declared that “real peace, where Israelis and Palestinians can live side-by-side in peace and security, will only come about through a negotiated agreement between both parties.” The Anti-Defamation League said Johansson’s work for Soda Stream would “help facilitate the creation of a Palestinian state living at peace with a secure Israel.” The actress herself proclaimed her support for “a democratic Israel and Palestine.”
Were the mainstream Jewish organizations that reject BDS in the name of a negotiated two-state solution actually promoting a negotiated two-state solution, their strategy might have merit. But they’re not. From the Clinton parameters in 2000 to the Geneva Initiative in 2003 and talks in 2008, every serious two-state framework has envisioned a Palestinian state on at least 95 percent of the West Bank. That means either requiring many settlers to leave their homes or requiring them to give up their privileged status and live as equal citizens in a Palestinian state. Either way, it’s painfully obvious that subsidizing more Israelis to move to settlements, especially settlements too deep in the West Bank to be annexed to Israel in a peace deal, undermines negotiations toward a two-state solution. It undermines them because it increases the number of settlers who will demand to remain under Israeli sovereignty. And because it increases the number of Palestinians whose despair of Israel ever relinquishing that sovereignty and as a result advocate a single, non-Jewish, state between the Jordan River and the Mediterranean Sea.
An organization genuinely committed to the two-state solution, therefore, would oppose at least some settlement growth. It might, for instance, publicly object when the Israeli Finance Minister declares that his government has doubled funding for settlements. Or when the Israel government designates 90 settlements—including some deep in the West Bank—as “national priority development areas,” eligible for special government subsidies. But as far as I know, neither the Israel Action Network nor the Anti-Defamation League has ever publicly condemned settlement growth. In 2012, AIPAC’s National Council voted down a resolution that merely called on Israel to dismantle those West Bank outposts illegal under Israeli law.
In truth, establishment American Jewish groups don’t really support the two-state solution. Or, at least, they don’t support it enough to risk a confrontation with the Israeli government. Which is why they are more an obstacle than an asset to the American-led “peace process.” And why they can’t stop BDS.
What unites BDS activists, despite their divisions, is their fervent belief that someone must challenge Israel’s denial of basic Palestinian rights. Were establishment Jewish organizations to pose that challenge—even just rhetorically—their opposition to BDS might carry some weight. But they’re not, and BDS activists know it.
Remember Abba Eban’s famous quip that “the Arabs never miss an opportunity to miss an opportunity.” These days, that’s what Palestinian activists say about us.
http://www.haaretz.com/opinion/.premium-1.572593 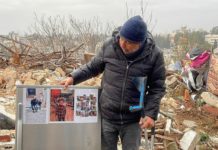 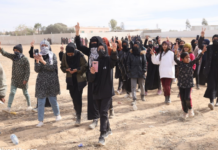 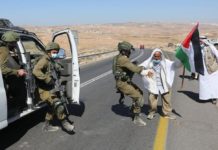