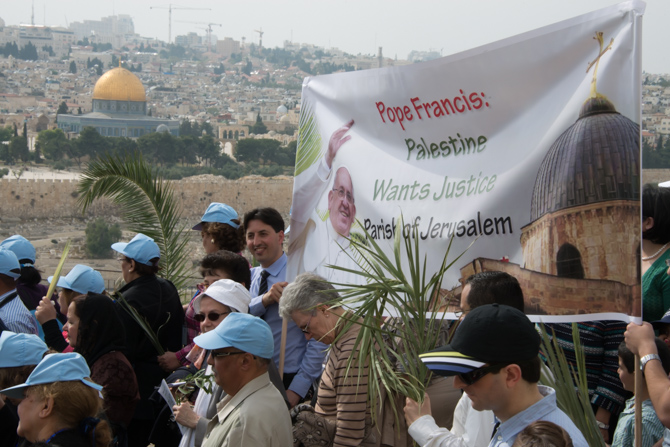 Palestinian Christians carried a bold message as part of the annual Palm Sunday procession from the Mount of Olives to the Old City in East Jerusalem this year. The parishes of various Palestinian villages carried banners reading: “Pope Francis: Palestine Wants Justice.” The pontiff will be visiting the Holy Land next month, and those who have kept the faith in the land where Christianity was born are calling on the Pope to make a strong stand with those struggling under Israeli occupation.

Similar protests were made during last year’s Easter season, since Palestinian worshipers from West Bank villages must get special permission to enter Jerusalem at any time. Though many more permits are granted during religious seasons such as Easter, Christmas, or Ramadan, thousands of the faithful are still denied access to their holy sites.

Israel effectively annexed East Jerusalem after the 1967 War.  The international community never recognized the move and considers East Jerusalem, including the Mount of Olives and the Old City, to be occupied Palestinian territory.

The mobility of worshipers inside the Old City of Jerusalem gets restricted, and checkpoints are put at the gates and in the alleys — thus preventing the worshipers from free access to the Via Dolorosa, the Church of the Holy Sepulchre, and the vicinity of the Christian Quarter.

The restrictive measures constitute a grave violation on the freedom of worship, and amount to discrimination against Christians because the occupation authorities want to negate Christian presence and create the impression of a Jewish-only city.

The measures taken by the occupying power have been escalating in recent years, and are meant to deny Christian and Muslim presence in East Jerusalem. Due to such measures the faithful are unable to worship freely and to be with their families and friends during such a special occasion. The restrictions began first in 2005, and are in fact unnecessary; politically and racially motivated.

Israeli soldiers watch the procession on the Mount of Olives. Photo: Noémie Nussbaumer

Christians from the West Bank village of Jifna carry a banner reading, “Pope Francis, Palestine Wants Justice,” as they pass an Israeli settlement on the Mount of Olives. Photo: Ryan Rodrick Beiler

The Palm Sunday procession passes Israeli police on its way to the Old City of Jerusalem. Photo: Noémie Nussbaumer 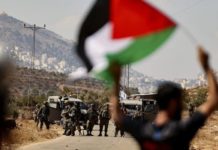 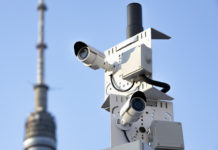 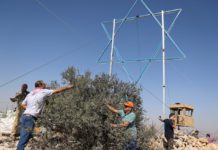 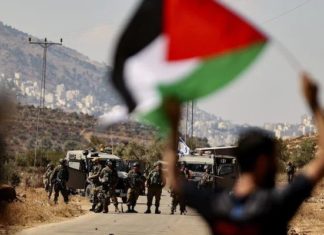