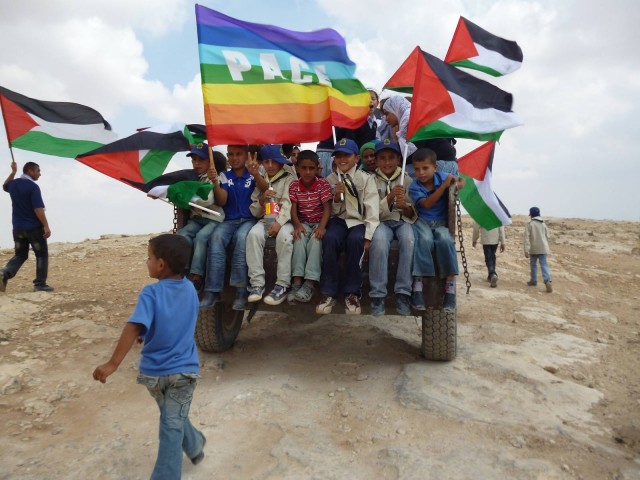 What: Peace March across five Palestinian communities in the South Hebron Hills.

When: Saturday, 22nd of September. The march will start from At-Tuwani at 10 am and will end in Tuba village at around 4 pm.

The event is organized by the Popular Resistance Committee of South Hebron Hills and is inspired by the Italian Perugia-Assisi Peace March. The march will pass through lands that are particularly targeted by settler’s attacks (against properties and people) and will stop in four villages inside the Firing Zone 918. From November 1, seven Palestinian villages in this area will be under risk of evacuation because the territory is needed for Israel Defense Forces training exercises.

It will be possible to sleep in Tuba village. Everyone who wants to do it should bring his sleeping bag.

Please confirm your participation at the event.

Please come to participate and to support Palestinian communities under demolition and evacuation risk in their attempt to affirm their right to exist.

Come to support their efforts for the peace and the justice.

Come to act for peace.