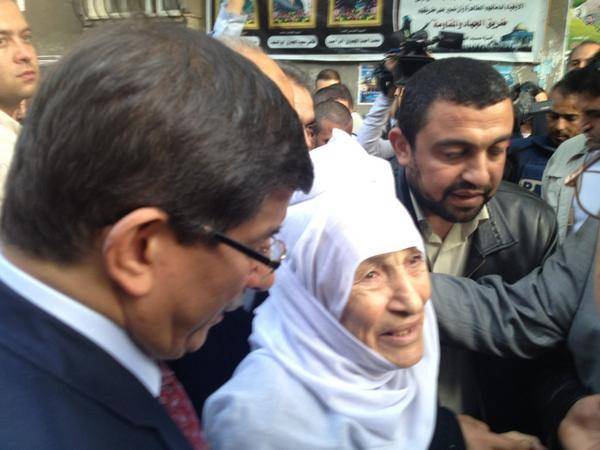 It seemed a new chapter in the long, tragic, bloody story of the Gaza Wars. Israeli air strikes versus rockets originated from the Gaza Strip, after Obama’s (re)election and before another Israeli early election round. It seemed as if the clock turned back to December, 2008, to a well known sequence of events: an Israeli raid deep inside the Gaza Strip, a rocket barrage to the southern Israeli communities, targeted killings against Palestinian militants, and then the war. An ugly war.

It seemed again the same old story, but it’s not. This is the first Gaza War in the era of the Second Arab Awakening. If not, only for the strong message sent by the Arab (new) governments to Israel, the United States and Europe. Ten among the most important Arab countries’ foreign  ministers were at Rafah border, on November, 20th, to visit Gaza, pay respect to the dead and the injured, and recognise Hamas’ role in the region. Ten FMs in the rubble of Gaza, together with the Turkish FM.

This is for good a new regional story in the making, and it is meanwhile the most important difference with the past. Hamas cannot be ignored anymore. It is part of the same Islamist ‘green wave’ that gained electoral consensus after the Arab Revolutions.

Reading the last Gaza War through new lenses would mean draw different conclusions from the past. First, Hamas is gaining from the crisis, both in terms of internal consensus and regional (if not, international) recognition. It gains from the crisis, after it experienced in the last years an increasing lack of internal consensus in Gaza, due to its role as a regime  Secondly, the Israeli Pillar of Defence Operation put aside Hamas’ internal struggle between the Gaza wing, on one side, and Khaled Meshaal-linked leadership, on the other. Thirdly, the Gaza War marginalized Mahmoud Abbas and the PA, drawing a new role for the Palestinian political actors.

Abbas’ PA, which tried to gain again an international role through the UN bid for the recognition of the State of Palestine, has no part anymore in the crisis. Abbas asked the Arab League to act as a PA proxy, visiting Gaza. Morsy’s Egypt mediated only with Hamas and the Islamic Jihad. And Hamas acted as the only strong Palestinian actor.

As a consequence, we will witness a steadily weakening of the PA role and power, and a likely reshuffle of the PLO, which is the most important goal in Meshaal’s strategy. There was a turning point, in the recent history of Hamas, which was symbolized by its participation to 2006 Palestinian parliamentary elections. In the 2005 Cairo agreement which paved the way to the electoral participation, Hamas asked a reformed PLO to be part of. Hamas is still pursuing the same goal, until now, and the last Gaza War is another step in the same direction. A reformed PLO with Hamas and Islamic Jihad as new member would be the probable protagonist of the new Palestinian story, and the formal death of the already comatose 2-State-solution.