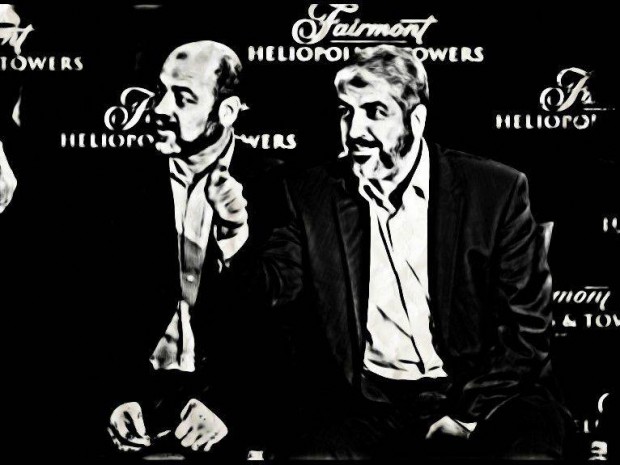 However, it is not very easy to answer the question: where Hamas is possibly going? What are the changes we are nowadays witnessing inside its internal structure? What is the new balance of power between its different wings and constituencies?

In the last months, we witnessed a work in progress, inside and around Hamas. A lot of travels, tours, meetings, summits, contacts, talks. Even a moving, when Hamas leadership abandoned its safe harbour in Damascus for new locations, Qatar and Egypt, the most important ones. All this events show a different political development ongoing: Hamas’s days of near-total isolation in the Middle East are over. Let’s be clear. Nothing has changed, at least in the official foreign policy of the Western governments: Hamas is the list of the terrorist organizations, both in the US and in the European Union.

What has changed is inside the Arab capitals, after and because of the revolutions. The political embargoes have given way to engagement. And we can see it in the quite remarkable number of trips and tours that many among the Hamas leaders are doing in the last months. Ismail Haniyeh, Prime Minister of the Hamas-led Palestinian Authority in Gaza, embarked on a tour of the Mediterranean that included stops in Tunis, Cairo, and Istanbul. He embarked on a second important tour in mid-February, and he was warmly received in Qatar, Bahrain, and Iran, while Khaled Meshaal, the leader of Hamas’s political bureau, embarked on a diplomatic initiative of his own. The first step was Amman, last January, with a sort of small turning point in the history of Hamas. Not only Khaled Meshaal, but the entire leadership abroad were hosted by King Abdullah of Jordan – the first such visit in more than a decade. Few weeks later, Meshaal arrived in Qatar and signed the Doha Declaration together with the PA president and PLO chairman and Fatah leader Mahmoud Abbas. The Declaration commits both Palestinian movements to a transitional government under Abbas’s leadership, and – in this way – threatens what is, in fact, the consolidated political, administrative, bureaucratic power of the Hamas Gaza wing in the Strip.

So, Hamas is not anymore isolated in the Arab world, and this is the result

– of the Arab revolutions,

– of the increasing tension in the area on the Iran issue, especially in the Gulf. There was a pressure, also in the last years (and we have confirmations through the diplomatic documents leaked through wikileaks) that some countries in the Gulf tried to weaken the relation between Hamas and Iran.

– and of what in Italy we can call the green wave, the electoral success of the MB-inspired parties in Tunisia and Egyppt.

If Hamas is not anymore isolated in the Arab region, the question is: will Hamas remain the same kind of movement we knew in the last 25 years? Or will it change? And if Hamas will change, towards which direction?

There is no doubt that Khaled Meshaal is the protagonist of the ongoing change. But I will add one name, Moussa Abu Marzouq, now in Cairo, after years in which he was the mediator, the protagonist – from the Hamas side – of the lengthy negotiations on the reconciliation. He has good chances to become, or to become again, the next head of the political bureau, due to his good relations with the leaders in Gaza and his experience as one of the most important political leaders since the first years of Hamas. He is known in Gaza, for example, as the man who reorganized the movement after the incredible wave of arrests that Israel did in 1989.

But what about Meshaal? Meshaal could become the new Supreme Guide, the murshid al amm. He may reemerge as the head of a newly established Palestinian branch of the Muslim Brotherhood. This will explain why he said some weeks ago, abruptly, that he will not candidate himself again for the chairmanship of the political bureau. But it also explains one of the possible directions towards which the movement will head.

The rumours in the area say also that there is a possibility that Hamas will create a new party, an Islamist party, in the direction of al Khalas, the experimental political organization that some Hamas pragmatist leaders tried to create in the late Nineties in Gaza. The model was – then – the Jordanian Islamic Action Front. But now the model is the Turkish way to political Islam, which is gaining consensus not in Gaza, but in the West Bank.

All this elements and rumours lead to the same direction: Hamas wants and needs to reshape itself in order to be part of the Islamist green wave in the Arab region, after the turning point of the Arab revolutions. And the reasons behind this reshaping lie on the need to stabilize its consensus after the deep and ongoing instability in the area, which affected the same movement’s logistics.

The second reason lies on the need to be part of the Islamist wave in order to be accepted by the international community, that already accepted El Nahda and the Egyptian MB and its party, the FJP, whose leaders were in Washington only few days ago. If in 2006 Hamas did not reach to be internationally accepted after it won the Palestinian political elections, it will try to gain recognition through the broader Arab Islamist green wave.

It would be too simplistic, though, to describe what is happening inside Hamas – in a way – as a normal transformation. It affects the movement’s structure and therefore the internal balance of power. I have to remind some technicalities regarding Hamas’ structure, which are probably not so well know.

Apart from the political bureau and the Shura council, I think that the most important part of the Hamas’ structure is what I call the constituencies. Gaza, West Bank, Prisons, Abroad: the four constituencies had their say on all the most important decision Hamas took in the last 25 years, and the movement as a whole had to follow the decisions voted by the majority, in a sort of Islamic democratic centralism.

After the 2006 turning point, represented by Hamas participation to the political elections and its success, and especially after the June 2007 coup, the Gaza constituency gained an ever increasing role and weight inside the structure. The reason is understandable: it controls a territory, it is a government, it is a bureaucracy, it is power. This role is now the reason why an internal discussion, even a confrontation, is still ongoing between the political bureau and some Gaza leaders on the Doha Declaration and the future national unity government with Mahmoud Abbas as the new premier. As an Italian, I would define it as the government of the president. Mahmoud al Zahhar at the forefront, who was in Teheran to meet the Iranian authorities. Gaza wants to preserve power, and so it wants assurances that its power, its bureaucracy, its consensus through – for example – public works ongoing in Gaza, will not be diminished by the reconciliation between Fatah and Hamas.

Not only this: Gaza thinks that the Islamist green wave is confirming that Hamas has to retain its power on Gaza Strip, in order to be part of the broader Arab picture. One of the interpretations, in Gaza, say that what is happening in the Arab world is supporting the choice to retain the power by the Islamist movement in Gaza, as Gaza is the only liberated Palestinian territory.

Meshaal and the politburo seem to think exactly the opposite. In order to be part of the Islamist green wave, Hamas has to be part of the broader Palestinian picture. And therefore, it has to reconcile with Fatah.

But I think that, in terms of change, both internally and in the relations with Fatah, the core issue remains Hamas participation in the PLO, whether through the same organization or through a new Islamist party established by Hamas. Even the Doha Declaration focuses, in its first point, on the need to reform the PLO and to pave the way to the elections for a new PNC. The PLO, again, is the core issue, as it is from 2005 Cairo Declaration till now.

(I discussed some of these issues during my tour in the US to present my book on Hamas, published recently by Seven Stories Press. Many of the scholars and students who attended the book talks would recognise some of the point we discussed… The very good reception of the book confirms me that a thorough and deep discussion is going on not only inside the Middle East expert’s circles. I apologise, of course, for my very poor English). 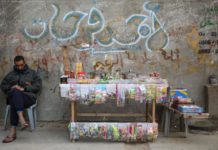 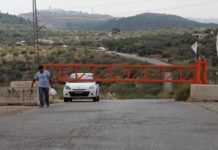 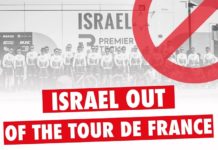