We are incapable of understanding the suffering of a society, its cry, and the future of an entire nation that has been kidnapped by us. 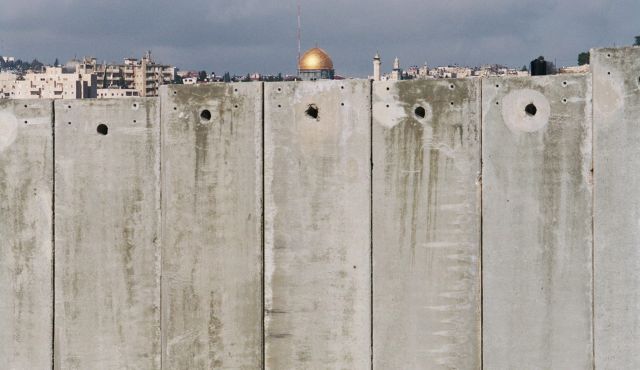 Our hearts are in pain over those three teenage boys whose identities we did not even know a moment ago, but who now belong to all of us. Each of them looks like my own son, the son of every one of my friends and their friends.

Like many people, I hope with all my heart that the moment will come when we see them alive among us, and that all this tension dissipates into blissful relief. I hope, with real trembling, but I cannot and do not want to ignore the silenced truth that surrounds their kidnapping.

Those three boys are truly unfortunate. They are unfortunate because of the trap of fear in which they have been captured, the uncertainty and the fact that their lives are in great danger. Our hearts are in pain, and go out to them and their families because of how, in a single moment, they had to step into the glare of publicity. And these teenagers are unfortunate because of the lie in which they have lived their lives — lives of supposed normalcy that were built upon the foundations of that greatest of Israeli injustices: the occupation.

Now let us turn from their wretchedness to our own. For us, a dramatic or traumatic event is always a very clear, refined and transparent moment. All the plans and failures, the fears and hopes, burst out.

Here are Israel’s shallow prime minister and the bumbling police, the masses who cling to futile prayers and not to a moment of human peace. Here are the country’s hypocritical chief rabbis, who just a month ago demanded promises from the pope regarding the future of the Jewish people, but in their daily lives remain silent about the fate of the people who are our neighbors, trampled beneath the pressure of occupation and racism under the leadership of rabbis who receive exorbitant salaries and benefits.

Suddenly everything erupts, is expressed in its very essence, emerging from the darkness into the sunlight. This is precisely the moment to examine intentions — because, as said, everything is out in the open.

So what exactly is he complaining about, with his dramatic and schmaltzy comments and gestures? His immediate, conditioned, unconsidered response shows that he was just waiting for this moment, if only to say “I told you so.” And now that he has, the real question surfaces: What exactly is he telling us? The painful answer: Nothing at all.

Israel’s left wing, too, which is supposedly dignified, has become the gaping mouth of the carp stuffed with some sort of gray substance, lying on the Passover seder plate of the gluttonous right wing. The latter, too, are embroiled in a disgraceful fight over a piece of the pie of legitimacy that belongs to the sticky consensus.

How can it be that not one of them has gotten up and said: Everyone who is on the other side of this black line bears the responsibility. It is not pleasant, but it is the truth. And it is never pleasant, after all.

Before there is a kidnapping — why talk? Nobody is listening anyway because things are quiet. And the moment they kidnap, we must not talk (as the executive director of Peace Now said), since our kidnapped ones are gone. And once it all ends (in what could be, God forbid, a personal tragedy or a collective tragedy that nobody cares about), why should we talk? Everybody is busy once again with Israeli supermodel Bar Refaeli, the FIFA World Cup or the next scandal.

So this is also a pure moment of insulation. Not the insulation of homes which we are used to, but the insulation of hearts. Few people on the right and the left – except for Gideon Levy, Uri Misgav and a few other cautious and frightened commentators – are trying to grasp the deep roots of the kidnapping.

We absolve ourselves by saying, “They handed out sweets” after hearing about the kidnapping. Their happiness makes us glad, since the happier they are over our suffering, the more exempt we are from taking an interest in them and their suffering. But there is no way around it: This is a sort of happiness that demands deeper study and understanding.

All of Palestinian society is a kidnapped society. Like many of the Israelis who performed “significant service” in the army, many of the readers of this column, or their children, entered the home of a Palestinian family in the middle of the night by surprise, with violence, and simply took away the father, brother or uncle, with determination and insensitivity. That is kidnapping, and it happens every day. And what about their administrative detainees?

What is all this if not one big official, evil and unjust kidnapping that we all participate in and never pay the price for? That is the fate of tens of thousands of detainees and others under arrest, who stayed, or are staying, in Israel’s prisons – quite a few of them for no good reason, falsely imprisoned on false pretexts. The vast majority of them have been exposed to the appendages of military justice, and none of us cares a whit.

All these things have turned the topic of the prisoners into the main subject in the lives of the occupied society. There is not a single household without a detainee or prisoner. So why is it so difficult to understand their joy and our pain, fears and worry notwithstanding? It was, and can still be, otherwise.

However, as long as the Israeli government shuts all the gates of freedom, flees from all real negotiations that could solve the conflict, refuses to make good-will gestures, lies and blatantly violates its own commitments – violence is all that remains for them.

It has already been proven any number of times that kidnapping sets one free. It seems once again that Israel understands nothing but violence. What does that say about us? This response of ours — which ranges between “They deserve it” and “They are all terrorists,” to “I am following orders” and “I did not know what was going on” — says more about us than it does about them.

Despite the enormous and inspiring success of Breaking the Silence (an NGO that collects testimony from soldiers who’ve served in the West Bank), our own total silence is still the loudest thing around us. We are willing to go out of our minds over one odd and troublesome Pollard, a lone kidnap victim or three kidnap victims, but we are incapable of understanding the suffering of a whole society, its cry, and the future of an entire nation that has been kidnapped by us.

This, too, needs to be said and heard during this moment of clarity — and as loudly as possible. 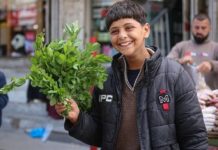 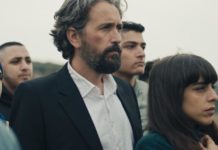 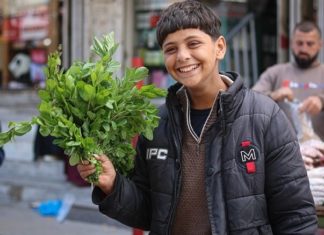