Tomorrow, Tuesday, 9 July 2013, the military court at Ofer Israeli military base will hold its first session in the trial of Nariman a-Tamimi and Rana Hamadah, who were arrested on 28 June 2013 during the weekly demonstration in the West Bank village of a-Nabi Saleh. The demonstration was not violent and there was no stone-throwing. The two Palestinian women were held at Sharon Prison in Israel for almost four days, and were then indicted for entering a closed military zone. The military prosecution rarely issues indictments for this offense. Rana Hamadah was also charged with obstructing a soldier in the execution of his duty. A foreign national arrested along with the two was released that night and barred from entering the village of a-Nabi Saleh for 15 days. 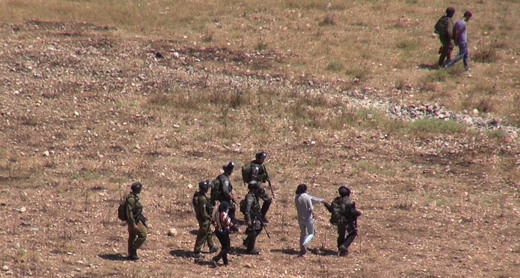 After serving the indictment, the military prosecution requested the court to remand the two women for the duration of the proceedings. Justice Maj. Shahar Greenberg denied the request, and instead ordered that the two remain under house arrest for the duration of the proceedings. Implementation of the order was delayed upon request by defense counsel Adv. Nery Ramati. President of the Military Appeals Court Col. Netanel Benisho is shortly to announce his ruling on an appeal filed in this case.

The legal proceedings since a-Tamimi and Hamada were arrested are unprecedented, given the minor nature of the offense: the indictment does not claim that the two women acted violently. Furthermore, two military judges who watched video footage of the women’s arrest stated that they had found no evidence of violent or menacing behavior on their part. During the court sessions, Military Prosecutor Maj. Gilad Peretz even acknowledged that one reason for requesting continued remand was to keep the women from participating in demonstrations – unacceptable grounds that cannot possibly warrant detention. The fact that Judea and Samaria Attorney Lieut. Col. Maurice Hirsch himself represented the prosecution at one of the court sessions further demonstrates the military prosecution’s determination to keeping the two women behind bars.

Jessica Montell, Executive Director of Israeli human rights organization B’Tselem, said, “The military prosecution’s handling of the matter, and particularly its unprecedented request to remand non-violent demonstrators for the duration of the legal proceedings, raises the suspicion that the military might be exploiting these proceedings to keep Nariman a-Tamimi from carrying on her joint activity with her husband, Bassem, in a-Nabi Saleh’s struggle against the village being dispossessed of its land.” Background

Nariman a-Tamimi is a prominent activist in the struggle that residents of a-Nabi Saleh village have waged over the last three years against the Israeli occupation and against being dispossessed of their land and water spring by settlers. Her husband, Bassem a-Tamimi, served 13 months in prison after being convicted by the Ofer military court of participating in illegal demonstrations and incitement to throw stones. In November 2012 he was sentenced to an additional four months of prison time, after being arrested at a demonstration near an Israeli supermarket chain in the West Bank. The European Union has declared a-Tamimi a human rights defender. Catherine Ashton, European Union High Representative of the Union for Foreign Affairs, voiced concern over a-Tamimi’s conviction, which was based on testimonies taken from two minors from the village, who were interrogated in violation of their rights. Nariman a-Tamimi’s brother, Rushdi, was killed by live ammunition fired by soldiers during clashes in the village in November 2012. A Military Police investigation into the circumstances of his killing is still under way. The couple has four children.

For the past three years, B’Tselem has been documenting the actions used to violently suppress the demonstrations in the village, even when demonstrators are not throwing stones. As part of this suppression, the military has been exploiting legal means such as issuing warrants declaring village lands a closed military zone on Fridays, for as long as half a year at a time, and prosecuting the organizers of the demonstrations. To date, indictments have been served only in cases of violence or incitement to violence. No such claim has been made in the case at hand. 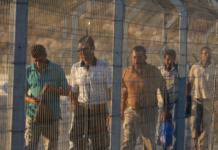 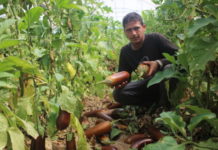 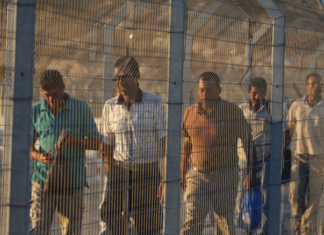