bocchescucite
Home Primo Piano UPDATE: South Hebron Hills. An other action to protect the right to... 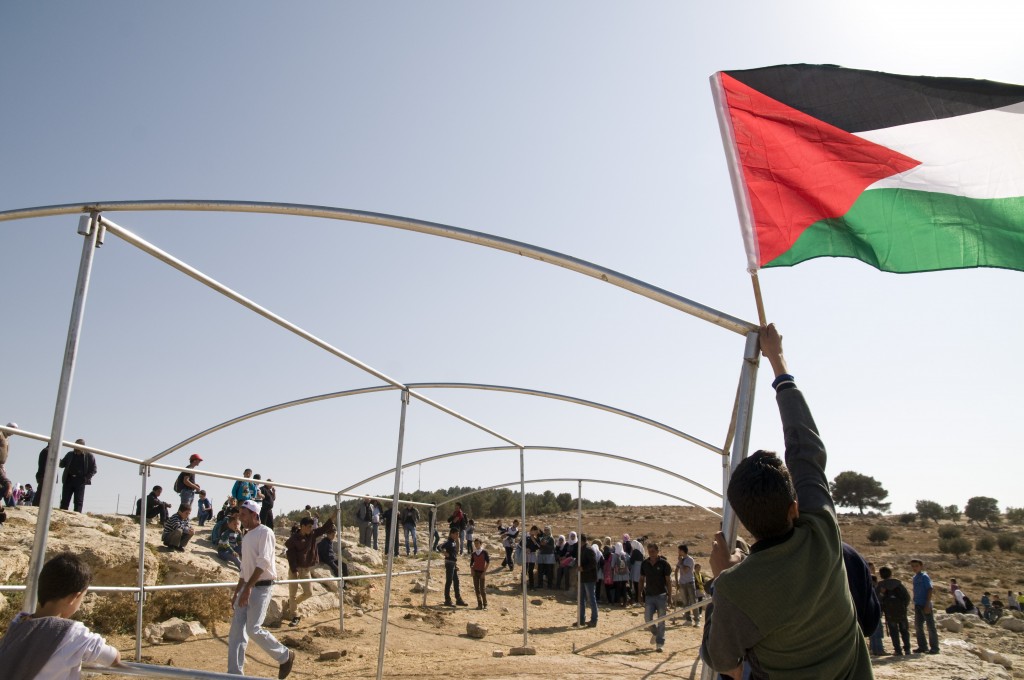 At-Tuwani – On 10 november, the South Hebron Hills Popular Committee (SHHPC) and the At  Tuwani school built a tent near the village of At Tuwani.  This tent was founded by the Consulate General of France in Jerusalem; in it the schoolchildren from Tuba and Maghayir Al Abeed will be able to wait the Israeli army escort during the winter and the rainy days. Indeed, children from these South Hebron Hills villages, aged 6 to 16 years, need a military escort to protect them from the several attacks that they have suffered since 2001 by settlers of Havat Ma’on on the route to the school. The army escort was established in November 2004 by “Children Rights Committee” of the Israeli Knesset.

This is the third time that the SHHPC built the tent: first time was on March 16, the second on March 17. In these two times, Israeli police and army stopped the works and dismantled the tent. On March 17 they dismantled it and confiscated the construction materials, also (see more: http://www.operationdove.org/?p=944).

On October 23, Palestinians children from Tuba and Maghayir Al Abeed, with the solidarity of their schoolmates and teachers, of the SHHPC, of the Freedom Bus artists, of Palestinian, Israeli and international activists, protest against the settler violence and the negligences of the Israeli army escort.  In contravention of the protective mandate of the escort, since the beginning of this school year, soldiers didn’t walk with the children during the escort, failed to complete the path on 94 % of the cases, leaving the children exposed.

This situation of exposure to violence and lack of security compromises children’s fundamental right to education. The Palestinian communities in the South Hebron Hills proved yet again to be strongly involved in claiming their rights (included the right to education for their children) and resisting the Israeli occupation, choosing the nonviolent way. 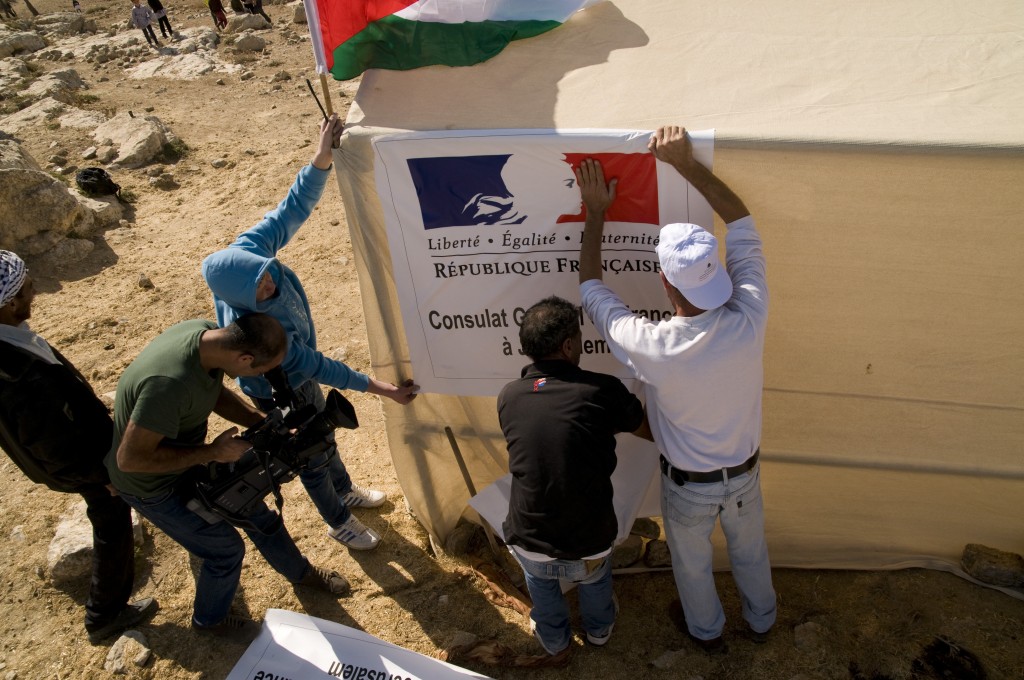 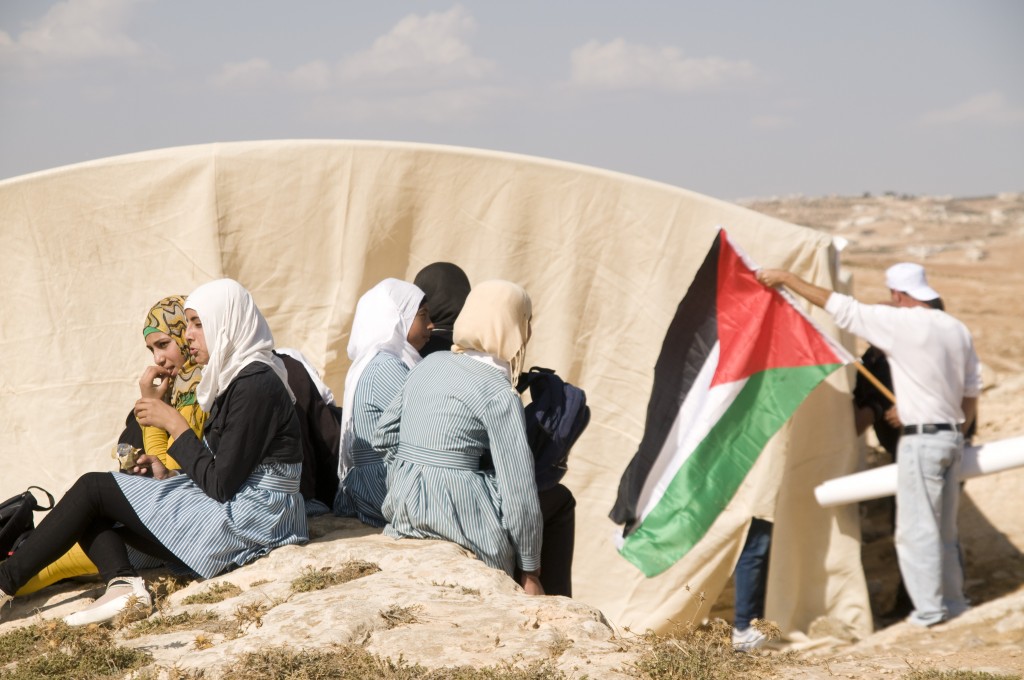 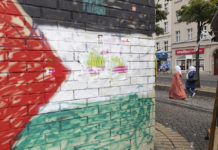 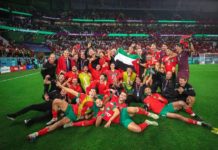 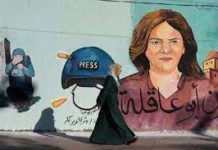