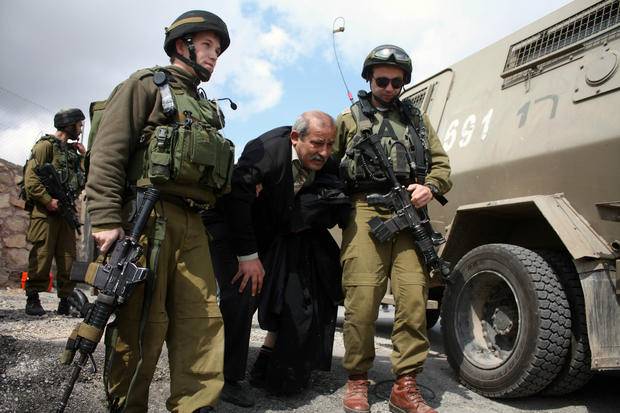 No matter who you are, no matter what greatness you’ve achieved in your life or what gifts you’ve given to the rest of humanity, if you criticize Israel, you must expect to becomepersona non grata.

You should expect an utter onslaught of attacks. Otherwise rational and decent people will, one by one, genuflect and sign onto the stupid clichés and tiresome accusations that question your character, integrity and even sanity. You will be called an anti-Semite, or a self-hating Jew if you happen to be Jewish. The Holocaust will be invoked. You’ll be reminded of Hitler and Himmler and Goebbels and perhaps likened to Nazis, or capos if you’re Jewish. You’ll be accused explicitly or implicitly of secretly supporting the genocide of Jews and having a deep-seated desire for it.

Incredibly, this nonsense does not occur among the paranoid fringe, but in mainstream culture.

It happened to moral authorities like Nobel laureates Desmond Tutu and Jimmy Carter, both of whom were called anti-Semites, crazy old fools and worse, for daring to criticize Israel’s criminal policies toward Palestinians — the natives of the Holy Land.

It happened to renowned scholars like John Mearsheimer and Steven Walt for publishing a well-documented and supported audit of Israel’s manipulation of US foreign policy through their domestic proxy lobby.

Judge Richard Goldstone was chastised, shunned and punished by his own community forreporting his findings which stated that Israel had committed war crimes and crimes against humanity in Gaza. In response, he then utterly discredited himself as a jurist by retracting his well-reasoned legal conclusions based on irrefutable evidence, which was nonetheless upheld by all his colleagues and by the international legal community.

Among many abuses, they called him a “capo” and a “self-hating Jew” and he was told he would not be welcome at his grandson’s bar mitzvah. Those labels too have been hurled at intellectuals like Norman Finkelstein and Noam Chomsky — the latter actually banned by Israel from entering the West Bank to speak at Birzeit University. The list is too long for one article, but it stretches the full breadth of international thinkers, artists, intellectuals, clergy, moral authorities and political figures. No one is immune from this insanity.

But the world still has brave people who are willing to take significant risks for the rest of humanity. Pulitzer Prize-winning author Alice Walker, renowned crime fiction writer Henning Mankel, 84-year-old Holocaust survivor Hedy Epstein, and many like them risked their lives to break the siege of Gaza when they boarded the Freedom Flotilla, joining an unarmed group of people carrying humanitarian aid who were attacked, and, in some cases, killed by Israeli forces.

Others, like Nobel laureate Mairead Maguire, likewise have risked the abuse and attacks that come with speaking up for the rights of Palestinians against Israel’s unchecked aggression.

The latest case in point is Günter Grass, the German Nobel laureate who dared to suggest glaringly obvious truths: that Israel has a robust nuclear program and its hinted intention to attack Iran is a threat to world stability.

Of course, the so-called “only democracy in the Middle East” is banning him from ever entering the Holy Land, which happens to be my homeland. I’m barred from living there, too, but for different reasons. By the laws of the State of Israel, I am not the right kind of human being to inherit my family’s property and live where all my ancestors have dwelled for millennia. But I digress.

Günter Grass has entered forbidden intellectual and political territory, and the criticism against him has been intense. The other side of Germany’s silence when it comes to Israel is loud and sure chastising of Israel’s critics. Every article here in the mainstream US press mentions Germany’s “understandable” reluctance to criticize Israel, as if it’s a foregone and logical conclusion that it’s perfectly fine for Germany to sit on the sidelines — eyes, ears and lips sealed — sending aid and weapons to a country that has placed itself above the law, a country with one of the worst human rights records in the world, and one that is engaged in systematic ethnic cleansing of the native population of the land it occupies.

As a member of that native population, I do not accept that it is “understandable” for Germany to continue unreservedly support Israel no matter what. It is convenient, for sure. Because Germany is not the one paying for its sins. We, the Palestinians, are.

Everything — home, heritage, life, resources, hope — has been robbed from us to atone for Germany’s sins. To this day, we languish in refugee camps that are not fit for human beings so that every Jewish man and woman can have dual citizenship, one in their own country and one in mine.

We are the ones who find ourselves at the other end of the weapons that Germany supplies to Israel. It is Palestine that is being wiped off the map. It is our society that is being destroyed. Of course, Germany’s silence is easy and convenient, but “understandable” it is not.

Israel is not Judaism. It is a nuclear power with the most advanced death machines ever known to man, which it unleashes frequently against a principally unarmed civilian population that dares to demand freedom. It is a country that is currently in violation of hundreds of UN resolutions and nearly every tenet of international law. It is a country that has been condemned by every human rights organization that has ever investigated the situation on the ground there.

It is a country with multi-tiered legal and social infrastructure that measures the worth of a human being by his or her religion. It is the regional bully that has refused a comprehensive peace proposal set forth by all Arab states. It has in the past attacked Egypt, Lebanon,Syria, Jordan and Iraq, all on the pretext of pre-emption. And now it wants to attack Iranunder the same pretext, citing the tired “existential threat” mantra.

But no matter how great or unspeakable the crimes, victims are not, and should not be, granted license to commit crimes against others with impunity.

None of us can fully predict the ramifications of an Israeli attack on Iran but we can all imagine the immensity of loss, blood, upheaval and instability that will reverberate far beyond the region. All so that Israel can maintain unchecked military dominance in the region.

I can only thank Günter Grass for making a minimal gesture that Germany should take measures not to remain complicit in the destruction of Arab or Persian life.

Susan Abulhawa is the author of the international bestselling novel Mornings in Jenin.